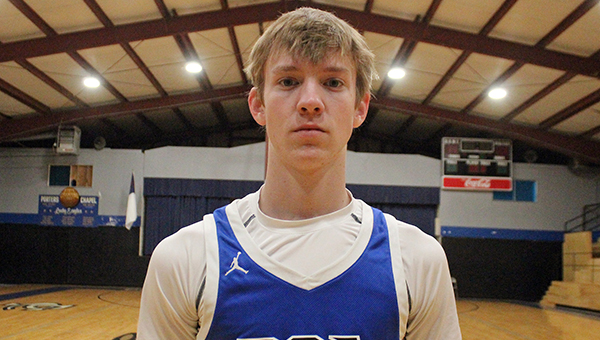 Chase Hearn also scored eight points for PCA. Selby had three steals and two blocks to go along with his points and rebounds.

PCA turned the game into a rout by outscoring Manchester 24-9 in the fourth quarter.

PCA will return to action Monday at 6 p.m., at home vs. Tensas Academy. It plays at Greenville Christian on Tuesday at 6 p.m.

Tiara Sims scored 13 of her game-high 17 points in the first half, and also had four of PCA’s 10 steals. Anjel Walton added 14 points and five rebounds, while Hannah Henderson grabbed nine rebounds and scored four points.

Lexie Greenlee led Manchester with 13 points and Presley Trammell had 12.

PCA led by four points at the end of the first quarter and eight at halftime, but had to hold off a Manchester comeback at the end. The Lady Mavericks had one last chance at a tying basket in the final seconds but couldn’t get it.