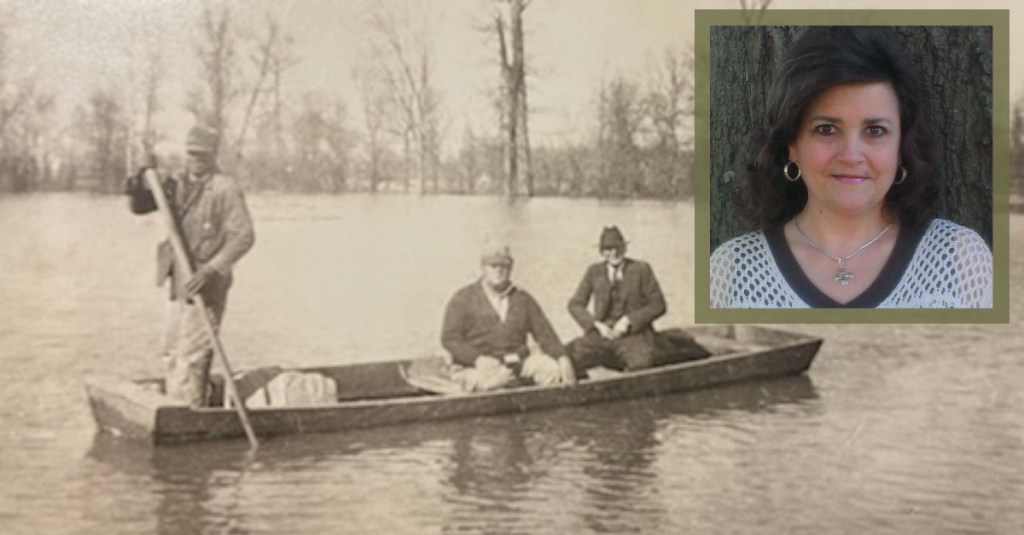 The life of Fitler native Janet Stuart Whitfield has been shaped by the four generations who forged through life in the delta dirt before her.

Settling in the South Mississippi Delta in the 1840s, the Smith family was one of the first five families to homestead in the area. Eventually, members of the Heath family bought land on Lockwood Plantation. Whitfield, a descendant of the Smith and Heath families, grew up at Lockwood and lives on the property today.

“They’ve been in Issaquena County for five generations, and the family that owned the plantation bought it in 1885,” Whitfield said. “So I’m proud to say my nephew and I are the only two family members still living there. It’s precious to us.”

The Lockwood Plantation home was built in 1822, and the home was destroyed by a tornado in 1971.

As one of the first five families to settle in the area, Stuart said her ancestors started out sharecropping and lived an agrarian lifestyle. When settlers first arrived in the Delta approximately 200 years ago, they were forced to battle not only the chronic floods that plagued the area but also panthers, bears, mosquitos and the dense, thick forests in order to make the land livable and arable.

As such, Whitfield said she holds a particular attachment to her ancestral grounds.

Thanks to a maiden aunt who bequeathed vast amounts of family photographs and documents to her, Whitfield is one of a handful of Fitler residents who have access to old family photos — she said she’s “blessed” her belongings weren’t washed away in the 2019 flood.

As she’s spent time chronicling her family’s history at Lockwood and in the neighboring community of Mayersville, a few interesting stories have come about. One involves a damp Delta wedding.

“My great-grandparents’ wedding announcement in the newspaper — they were married in the spring — actually stated that the wedding guests arrived in skiffs (because the water was high),” she said, estimating the time period to be in the late 1800s. “Back then, the levee system was not like it is today. It’s been raised numerous times over the years. Just to read that, it makes you think.”

When her great-grandparents lived in the “Big House” at Lockwood, the two-story home with a finished attic proved useful during flood times. In the fall, summer and winter, the family would reside on the first and second floors of the house. But when the water rose, they’d move upstairs to the second-floor and the third-floor attic space, and let the water (and varmints) overtake the lower level.

Whitfield said she often wonders how her great-grandparents and their 6 children survived flood times; how they found food, and how they accessed clean water. It also helps her draw a comparison between that time and the hard times she faced during the 2019 Backwater Flood on the same plot of land.

“What did they do to drink? You can’t get to your pitcher pump if it’s 10 feet underwater,” she said. “And that brings us back to the more recent floods, with the water and seepwater, that kind of thing. If you can’t flush your toilet for six months, what do you do?”

As her family’s presence in the area predates most modern innovations in flood control, Whitfield explained many memories from her childhood and the stories that have become family lore were shaped by the water lapping at the door.

She’s got boxes of photos from the Great Flood of 1927, with waistcoat-clad Mississippi Levee Board members being guided through the water by her relatives. She was in kindergarten when the 1973 flood hit, and recalled walking outside in her little black rain boots to see her parents’ home taking on water. Like many homes in the area, it was built on a concrete slab. During the 1973 flood, the family stayed with her grandparents in the big house on higher ground.

They would walk outside to gather crawfish in the mud and boil them on her grandparents’ porch as a family.

It’s also vital to note, she said, that the family’s survival over the years has not just been threatened by the major floods, but by smaller high water events as well.

“The home I grew up in is maybe 50 yards from the foot of the Mississippi River Levee. So flooding has not only affected my family in terms of backwater flooding, but the seepwater that seeps underneath the mainline levee has also been a big problem for us,” she said. “I’m probably one of the ones that lives closest to the levee.

“The Levee Board did come in and they did install relief wells several years back, and that has helped some, but it’s still an issue when it comes to your yard and sewer, that sort of thing.”

After spending 30 years away from home in Indianola, Whitfield moved back to Fitler five years ago. A second-grade teacher at Sharkey-Issaquena Academy, she hadn’t been back home long when the 2019 Yazoo Backwater Flood hit.

The feeling of watching the water rise, and of knowing it came within 5 feet of the elevation of her home, is one Whitfield described as fearsome. Even a task as mundane as commuting to work became dangerous.

“Every day driving to work was so dangerous, because there’s water within 6 inches of topping Highway 1 from my house to Onward,” she said. “Then there were deer sleeping on the side of the road, all the wildlife living on the sides of the highway because they had nowhere else to go.”

With her family’s history floating atop years of floodwater, Whitfield said the veto of the Yazoo Pumps Project by the Environmental Protection Agency in November 2021 was a heartbreak.

Knowing how her family worked to settle the area, how many years had been spent waiting for relief from the floods and how many generations that came before her were dead and gone without seeing the pumps project come to fruition is something she said weighs upon her.

“It’s disheartening,” she said. “You think about something that was promised to us in the 1940s. That final piece of the puzzle just hasn’t been put into place yet, and that’s really sad.

“It’s a heartbreak that didn’t have to be one.”