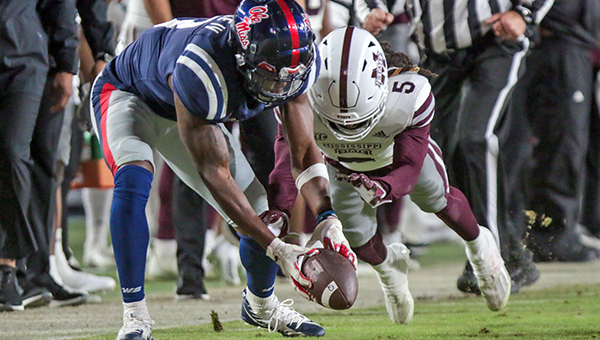 For the first time since 2015, all three of Mississippi’s Football Bowl Subdivision teams will play in a bowl game in the same season.

Mississippi State (8-4) got the best draw, with an invitation to a traditional New Year’s Day bowl for the first time since 2018. The Bulldogs will take on Illinois (8-4) in the Reliaquest Bowl — formerly the Outback Bowl — in Tampa on Jan. 2. The game is set for an 11 a.m. kickoff on ESPN2.

Mississippi State ended the regular season ranked in the top 25 of all three major polls and will be making its 26th bowl appearance overall, including a program-record streak of 13 straight. The Bulldogs are one of only seven programs in the country that have gone to a bowl game every year since 2010.

Mississippi State has not faced Illinois since 1980 and they have never played one another in the postseason.

“Coach Leach and his program have built a ton of momentum over the past month, and we look forward to seeing a strong contingent of Bulldog fans throughout the city of Tampa to close the year,” Mississippi State Interim Director of Athletics Bracky Brett said.

Ole Miss was undefeated and ranked in the top 10 in October, but a late-season slide led to an 8-4 record. They still earned a bid to the TaxAct Texas Bowl in Houston on Dec. 28. Kickoff is at 8 p.m. on ESPN. Ole Miss will face Texas Tech (7-5).

This will mark the first appearance for Ole Miss in the Texas Bowl, as well as the fourth bowl meeting between the Rebels and Red Raiders. They last played in the 2018 season opener, also at NRG Stadium in Houston, which Ole Miss won 47-27.

“We look forward to making our first appearance in the TaxAct Texas Bowl and continuing our rich bowl tradition,” said Keith Carter, Ole Miss Vice Chancellor for Intercollegiate Athletics. “Houston is one of our largest and most passionate alumni bases, and this game presents an excellent opportunity to join the Ole Miss family in the Lone Star state.”

Southern Miss, meanwhile, will go to Mobile for its first bowl appearance since the 2019 season. The Golden Eagles (6-6) will play Rice (5-7) in the LendingTree Bowl Dec. 17 at 4:45 p.m. on ESPN. The game is at Hancock Whitney Stadium on the University of South Alabama campus.

Southern Miss and Rice were both in Conference USA until this season, when Southern Miss left to join the Sun Belt. This will be the 13th meeting between the schools dating back to the 2007 season, and the first played as a non-conference game.

A fourth Mississippi team, Jackson State, will play North Carolina A&T in the Celebration Bowl in Atlanta after winning the Southwestern Athletic Conference championship on Saturday. The game is Dec. 17 at 11 a.m., on ABC.

The Celebration Bowl features the champions of SWAC and Mid-Eastern Athletic Conference and determines the HBCU national champion. It is the only bowl game involving teams from the second-tier Football Championship Subdivision.

The Celebration Bowl will also be the final game for Deion Sanders as Jackson State’s coach. He announced Saturday night that he has accepted the job as Colorado’s head coach.

Sanders told his team, however, that he plans to coach Jackson State in the Celebration Bowl before moving on to his new job.

Among other noteworthy bowl games:

•  Tulane (11-2) earned a New Year’s Six bowl bid after winning the American Athletic Conference championship on Saturday. It will go to the Cotton Bowl in Arlington, Texas, on Jan. 2 to take on Southern California (11-2).
USC slipped out of a potential spot in the College Football Playoff following its loss to Utah in the Pac-12 championship game.

Tulane went from 2-10 last season to matching an FBS record with their nine-win improvement — with a chance to get one more in their most significant bowl game since the Sugar Bowl on New Year’s Day 1940, when they were in the Southeastern Conference. Hawaii went from a winless season in 1998 to 9-4 a year later in coach June Jones’ debut.

Tulane was 16th in the final CFP rankings, six spots behind USC. The two teams have played three times, but not since 1946.

Both semifinal games are on New Year’s Eve, and the national championship game is Jan. 9 at Sofi Stadium in Inglewood, California.