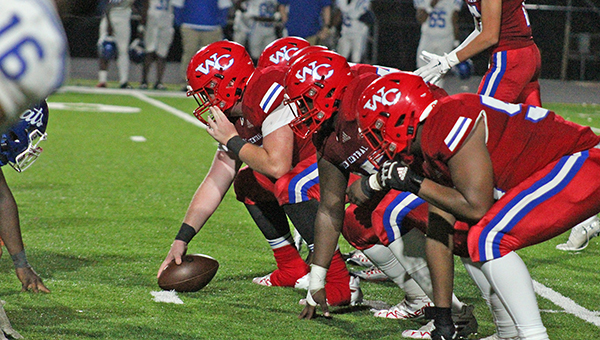 The latest one is helping to bring them back.

The renewal of series with Clinton and Madison Central, as well as a new date for the annual River City Rivalry game with Vicksburg, highlights Warren Central’s 2023 football schedule that was released this week.

The 2023-25 realignment cycle, however, reduced the number of teams in each region from eight to six and created more flexibility in each team’s schedule.

Warren Central will open the season against Clinton in the Red Carpet Bowl on Aug. 25, 2023, at Vicksburg High School. It will play at Madison Central on Sept. 22, in its final game before the start of Region 2-6A play two weeks later.

“It didn’t work out the last two years, and there’s tradition between the two teams going way back. It’s really good, competitive games,” Warren Central coach Josh Morgan said of playing Clinton again. “Kevin Ford with the Red Carpet Bowl and I got together and he did a good job making it happen. We got it lined up and it ought to be a really good Week 1 game.”

There are seven classifications in the MHSAA’s new alignment plan, and Warren Central will be in Class 6A. It will still play a schedule that goes head-to-head with the biggest schools in the state, though.

All five non-region games will be against Class 7A opponents.

In addition to Clinton and Madison Central, the Vikings will play at Pearl on Sept. 1, and then home against Germantown on Sept. 8 and Brandon on Sept. 15.

Morgan said scheduling bigger schools was intended to sharpen his team’s skills, while also providing some short road trips and familiar faces. It also helps with scheduling junior high and junior varsity games, since the other teams are all in the Little Six Conference.

“It just makes sense. It’s close to you. They’re all Little Six opponents that are close, but also really good football,” Morgan said. “It came together really good for us, and I’m really pleased with it. It’s going to be super competitive, but that’s what we were looking to do.”

Warren Central’s open date is on Sept. 29, and then it jumps into Region 2-6A play on Oct. 6 with a home game vs. Ridgeland. The annual rivalry game vs. Vicksburg follows the next week at Viking Stadium, then road trips to Neshoba Central and Callaway, and finally a home date vs. Columbus on Nov. 3 to end the regular season.

Four of the six teams in Region 2-6A reached at least the second round of the playoffs this season.
Warren Central has never played Neshoba Central or Ridgeland. Its last meeting with Callaway was in 2016, and with Columbus in 2014.

“Every one of those teams was in the playoffs except Ridgeland, which very easily could have been a playoff team. It’s going to be a competitive district,” Morgan said.

The other big change will be the date of the River City Rivalry game against Vicksburg.

For the past 10 years, when it was a non-region game, it was played in Week 2. Prior to that, it was the regular-season finale. This will be the first time since 1990 that they have faced each other in mid-October, during the middle of the season.

Morgan said the placement will present some new challenges neither program has dealt with in a long time, as far as handling the build-up and follow-up to an emotional game when it is surrounded by other must-win contests within the league.

“It’ll be uncharted territory as far as playing them almost in the middle of your schedule,” Morgan said. “I don’t know if it’s better or worse. It’s where they are on the schedule, so we’ll burn that bridge when we get there.”

Warren Central’s 2024 schedule will be the same as the 2023 lineup, just with the home and away games flipped. The Red Carpet Bowl opponent will also change, from Clinton to Holmes County Central.

Vicksburg will face Holmes County Central in the 2023 Red Carpet Bowl, and Clinton in the 2024 edition.