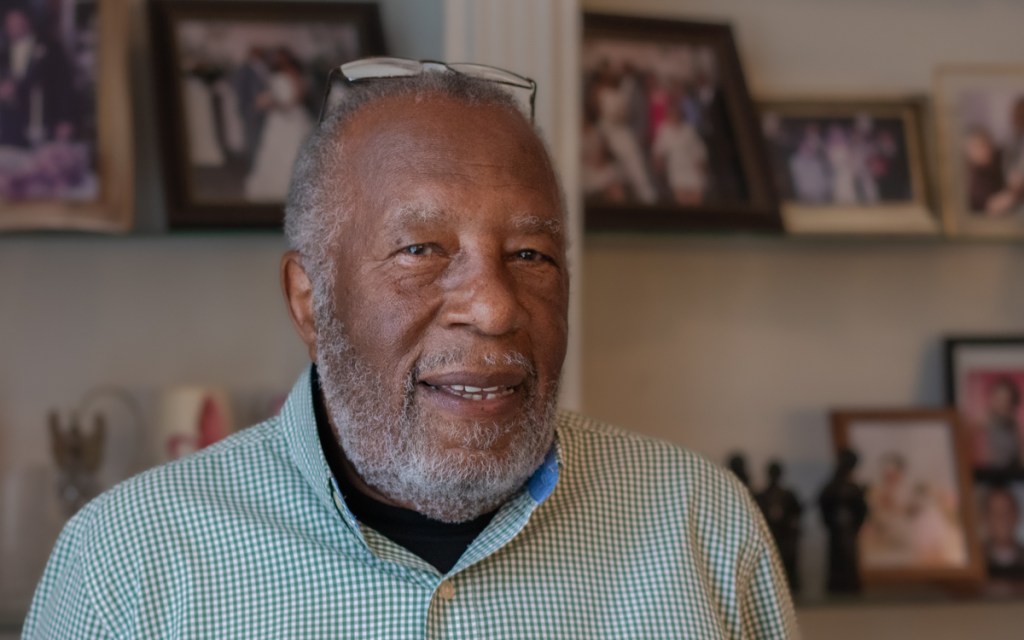 John Ferguson was a part of the Vicksburg civil rights movement in the 1960’s. His work included helping black voters become registered and helping farmers receive aid from federal programs that were routinely denied at the local level. The office in which he worked at the time, located at Clay Street and Mission 66, was destroyed in a terrorist attack in 1964. (Photo by Ben Martin | The Vicksburg Post)

John Ferguson, born and raised in Vicksburg, was a part of local efforts during the civil rights movement of the 1960s.

Ferguson spent much of his time helping register Black voters in the community, as well as helping Black farmers receive assistance from federal programs that were being illegally denied to them.

“The main reason (I got involved) was just equality, being treated like you weren’t human, that you were part of a person. It was what was happening in Vicksburg and Mississippi, people being denied opportunities; that’s what got me,” Ferguson said. “The reason was that Black folks were being denied every opportunity in the world to be better themselves. And it was done on purpose.”

Activists were routinely harassed and jailed for their work. Ferguson said that simply being at a protest would be enough to get one arrested. Conspiracy was sometimes used as a charge against protesters to make arrests.

“They would make up stuff to put you in jail. We had to establish a bond program to get people out of jail for picketing and for participating in a parade or protesting,” he said. “That was in Vicksburg; (and) it was throughout the whole Southern states.”

The Freedom House where Ferguson worked was a home on the corner of what is now Mission 66 and Clay Street, across from where Walgreens is today. It sat on top of a hill that was later leveled for other construction.

On the evening of Oct. 4, 1964, half of the home was destroyed in a terrorist bombing that targeted COFO workers. Someone threw a stick of dynamite through one of the windows. Ferguson left the building only a half hour before the incident.

A family was living in the house at the time of the bombing, but COFO rented a space in the home that wasn’t being used.

“Because they weren’t large enough to use the whole house, we were able to move in,” Ferguson said. “And we never thought about the danger in that way, that would be created for them. It was just lucky that they were not seriously injured.”

Henry Hunter was another activist working at the COFO office. He was taking guitar lessons inside the house when the explosion occurred.

In an interview with The Vicksburg Post in 2014, Hunter was asked about the attack.

“All of the sudden, man, a loud explosion went off,” Hunter said. “It seemed to me like a blue light went all through the place, and the place just separated.”

Ferguson said the attack galvanized even more people to assist in the activists’ efforts.

“Work continued. We found another place, a temporary place to continue to do the work that we were doing in the community,” he said. “More people got involved because of that. You know, when you tell somebody ‘You can’t do something,’ and they’re free people, or should be a free people, they begin to try to flex their muscles a little bit. The bombing, in my mind, created the opportunity for people to do even more participation.”

No charges were filed against anyone in relation to the attack.

Ferguson and Hunter also had the opportunity to see Dr. Martin Luther King Jr. speak the summer prior to the bombing. King traveled to Vicksburg and spoke at Pleasant Green Baptist Church on Bowman Street.

“The environment of local people in the community, in terms of involvement with the civil rights movement, had really gained momentum (at that time),” Ferguson said.

The church was packed. Hunter had to stand in a window to see King speak. The crowd spilled over into the street.

“It was very emotional. The attendance was great,” Ferguson said. “His coming was one of the best things that ever happened during the time that we were doing the movement because it uplifted people. People became involved.”