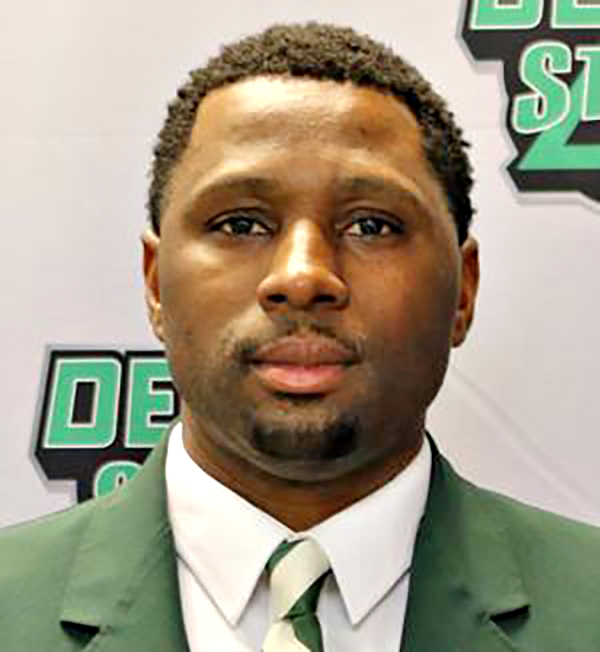 ITTA BENA — Mississippi Valley State announced Thursday that it has hired Kendrick Wade as its next football head coach.

Wade is a Valley alum who played football and previously coached at the school. He was the Delta Devils’ wide receivers coach in 2017 and 2018, and also worked in that role this season at Delta State.

Wade has also coached at Fort Valley State, two high schools in Memphis, and a junior college in Iowa.

During his playing days at Valley, Wade was named Most Outstanding wide receiver in 2004 and to the program’s All-Decade Team for the 2000s.

“We were looking for a leader with a vision who could draw people into the program and towards him. Coach Wade has been working hard and paying his dues in the high school and college coaching ranks,” Mississippi Valley State athletic director Hakim McClellan said in a statement. “He has demonstrated proven success as an assistant coach and what he has accomplished working with players over the years, and we believe he will do the same coming back home to The Valley.”

Wade will replace Vincent Dancy, who resigned earlier this month to join Deion Sanders’ coaching staff at Colorado. Dancy had a 9-39 record over five seasons.

Wade, a native of Cleveland, has two degrees from Mississippi Valley State. He said he was happy to return to his alma mater to lead its football program.

“I have dreamed of this moment; I saw it before it became a reality. I always felt I would have the honor of returning home to elevate this program to compete for championships, and that’s what we are going to do,” Wade said in a statement. “I know it will not happen overnight, but the ‘Process’ of that elevation begins now.”

Wade will be formally introduced at a press conference on Jan. 10, on the Mississippi Valley State campus in Itta Bena.