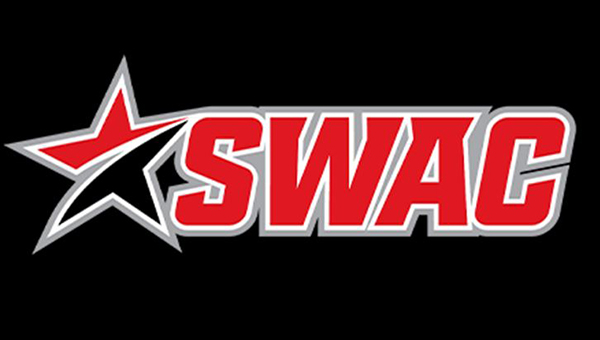 PRAIRIE VIEW, Texas — For the second game in a row, Alcorn State had a good time in overtime.

Dominic Brewton scored six of his team-high 20 points in overtime, and Alcorn State went 8-for-8 at the free throw line in the extra period to beat Prairie View A&M 77-68 on Monday.

Alcorn (7-10, 4-1 Southwestern Athletic Conference) won its fourth consecutive game, and second in a row in overtime. The Braves rallied from a nine-point deficit in the last 3:31 of regulation, and then pulled away in overtime.

Alcorn took a 63-62 lead on a layup by Brewton with 43 seconds remaining in regulation. Prairie View’s Hegel Augustin split two free throws with 2 seconds to go to tie it and force overtime.

In overtime, Alcorn took the lead for good, at 67-65, on a layup by Brewton with 3:58 left. Prairie View (7-12, 3-3) only made two field goals in an eight-minute span covering the end of regulation and overtime.

Yahuza Rasas led Prairie View with 21 points and eight rebounfd, and Will Douglas had 14 points and seven rebounds.

The basket was Craig’s only one of the game. John Walker III led Texas Southern with a game-high 28 points, and Zytarious Mortle scored 22.

Trace Young had 22 points for Jackson State, and Coltie Young scored 18.
Jackson State made six 3-pointers in the first half, went 16-for-31 from the field overall and 9-for-11 from the free throw line, and raced out to a 47-31 lead.

Jackson State managed to stay in the lead until the final minute. Mortle’s jumper with 34 seconds to go put Texas Southern ahead 82-81, and then JSU’s Ken Evans tied it with a free throw with 14 seconds left.

After a timeout, Texas Southern inbounded the ball at midcourt and Kehlin Farooq found Craig underneath the basket with time winding down for the game-winning layup off the glass.

Valley went 16-for-22 at the free throw line in the second half, and 21-for-32 in the game. Terry Collins led the Delta Devils with 18 points, while Rayquan Brown had 14 points and 12 rebounds.

Dimingus Stevens made seven 3-pointers and finished with a game-high 24 points for Florida A&M.
Valley opened the second half with a 16-2 run, capped by two free throws by Kadar Waller with 12:37 remaining, to cut a 17-point deficit to 38-35.

Florida A&M pushed its lead back to 11 points with just under three minutes to go. Valley made another run, outscoring the Rattlers 13-2 over the last 2:56, but couldn’t get over the hump. Collins made two free throws with one second left to make it 60-59. The Delta Devils got a steal on the inbounds pass, but time expired before they could get a shot off.