LOOKING BACK: A classic example of Vicksburg pierced columns 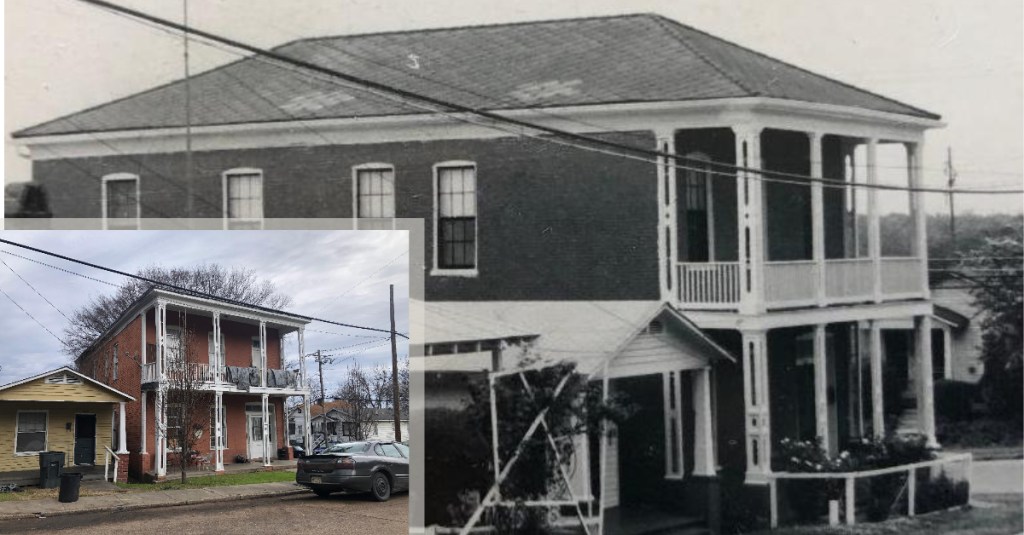 This large three-bay Italianate townhouse at 800 Walnut St. was built about 1875 most likely by Charles and Jennie Eisloeffel on the west side of Walnut Street on the corner of First East Street.

The house exhibits the Vicksburg pierced columns, an architectural feature that is found in Vicksburg more often than in any other location and may have originated here. A study in 1987 found that, at that time, Vicksburg had 50 extant buildings with columns and that there were at least 50 more buildings, cataloged through photographs, that once had columns.

This same study found that there were a couple of buildings with these columns in Pensacola, New Orleans and Edwards, Miss., but nowhere were they in abundance like Vicksburg. The column is called pierced because you can see through it. There were 14 different styles of columns, but all of them were built with the same basic parts. We have been unable to determine the origin of these columns, but surmise that they may be the creation of a riverboat carpenter as many of the designs, although not all, incorporate the symbols from playing cards — hearts, diamonds, clubs and spades. Today there are about thirty buildings in Vicksburg that maintain these columns.

Charles Eisloeffel was born in Germany in 1829 and immigrated to Yazoo City, where he operated a tailor shop.

According to the Daily Commercial Herald, he “laid down his scissors and measure in 1861 to shoulder a musket. In 1865 he resumed business in Vicksburg. There is something in his work that commends itself to the public and keeps customers steadily. An artist in cutting and fitting he stands back for no one, and has a reputation hard to beat.”

In 1865, his shop was located on China Street, next door to the Brickbat Saloon. He later moved to the ground floor of the Washington Hotel where the Vicksburg Herald reported in 1885 that “Mr. Eisloeffel is to the fashionable youths of the male persuasion in this part of the county what Worth is to the youths of the female persuasion in Paris. He is a necessity to the young Apollos of Vicksburg who would win smiles from the belles of the city; and when the day of all days — the wedding day — arrives, to be without a “fit” from the hands of Eisloeffel is to risk a change of mind on the part of the betrothed one. Let the young men who are contemplating this important step in life take warning from these observations ere it be too late.”

The Eisloeffels had four daughters, one son, and one daughter, Virginia, who died in infancy. Carl followed in his father’s footsteps and in 1898 worked as a tailor for The Valley. His sisters were Carrie Bonelli, Louise Mulvihill, Katie Joissaint and Sister Mary Avellino, a Catholic nun.

In about 1900, the Eisloeffels moved to Jackson Street and the house was leased as a boarding house, operated by a number of people until the family sold it in 1920. Jennie James is listed as the occupant of the house from about 1924 into the 1940s. The house remains today.