LAKE PROVIDENCE A Lake Providence man on the FBI’s 10 Most Wanted list in the murders of his wife and another woman was captured here Wednesday without a shot being fired.

Jesse James Caston, 35, was arrested by Louisiana State Police and federal officers at the small home of his father, James E. “Tokie” Caston, shortly after 10 a.m. Wednesday. He was immediately taken to one of the buildings occupied by the East Carroll Parish Sheriff’s Department, about a half a block from the East Carroll Parish Courthouse, for preliminary questioning. He was later taken to the Hunt Correctional Center in Baton Rouge because he was on parole for a previous manslaughter conviction.

He had been on the FBI’s fabled list since April after he fled Lake Providence, where his wife, Angela Caston, and her friend, Sharon McIntyre, were killed April 10. The two counts of attempted murder resulted from the shooting of two Lake Providence police officers who were trying to capture Caston for the shootings of the two women.

He is also a suspect in the killing of James B. Kelly and his son, James M. “Bubba” Kelly, whose bodies were found on the Mississippi River levee just south of Lake Providence Monday. They had been shot numerous times.

The Kellys and the Castons are distant cousins.

Neither McKee nor East Carroll Parish Sheriff Mark Shumate would say why they suspect Caston in the deaths of the Kellys. Shumate, however, said Caston is the only suspect in the case.

“He (Tokie Caston) invited them in and they were confronted by the suspect. He was armed with an M-1 carbine,” McKee said. “Needless to say, they left the house real quick.”

SWAT teams from the state police and FBI and numerous other officers surrounded the house and its attached fish market.

Shumate talked Jesse James Caston into giving himself up not long after 10 o’clock.

Jesse James Caston, along with his brothers Frank James Caston and Sonny James Caston, have been in and out of trouble for years, said Jimmy Neighbours of the Banner Democrat, the Lake Providence weekly newspaper.

“I wouldn’t say trouble follows him around, but it’s generally not far behind him,” Neighbours said, adding the three young men had a rough upbringing.

Some residents of the northeast Louisiana community near the Mississippi River believed Jesse James Caston had a hit list of people he intended to kill. A conservation officer of the Louisiana Department of Wildlife and Fisheries is supposed to be on that list because he had given Jesse James Caston a ticket for illegally hunting deer.

And, too, Neighbours said, the fact Jesse James Caston and his brothers have James for a middle name is not merely a coincidence. Supposedly, the Castons claim to be distant relatives of Frank and Jesse James, the infamous Missouri outlaws of the 1800s.

A spokesman for the FBI said federal officials will reserve the right to charge Jesse James Caston with kidnapping a Lake Providence man and forcing the man to drive Caston to Marshall, Texas, where the vehicle broke down.

Caston’s capture brought relief to many in Lake Providence.

“I’m glad they caught him. It’s about time before he killed somebody else,” said Victoria Scott, 20.

State police detective Lee Harrell said officers have confirmed that Caston was in East Carroll Parish Monday and said the most reliable previous sighting was in a Longview, Texas, truck stop on April 13, three days after the two women were killed.

At the same time, he declined to say just who told police Caston was in town.

“We’re holding that close to our heart,” he said.

Police have long believed Caston was able to slip into and out of Lake Providence because of the support of family and friends.

Caston had changed his appearance during his nine months on the run. He darkened and shortened his hair, grew a bushy beard and gained weight.

“I wouldn’t have recognized him,” Neighbours said, pointing to a photo of Caston that has been used in the Banner Democrat. 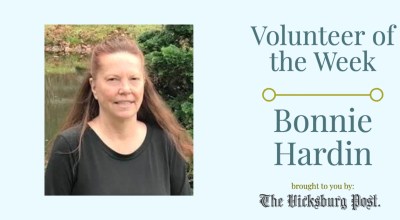 VOLUNTEER OF THE WEEK: Bonnie Hardin is dedicated to her foster kittens 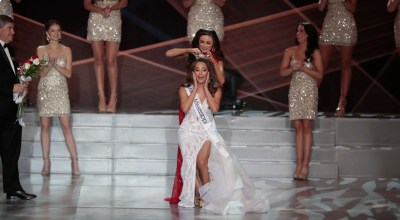 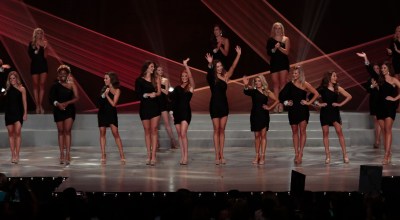 Miss Mississippi Top 10 announced, winner to be announced by 10 p.m.