Opera diva remembers days when she toured the world

She has looked out upon audiences from the stages of Madison Square Garden, the set of Johnny Carson’s Tonight Show and the footlights of Radio City Music Hall.

Yet these days, they settle on the remnants of her past the playbills, posters and photographs scattered around her modest house on Farmer Street like props from a play whose curtains closed long ago.

A framed letter and photo from President Richard Nixon is on display next to her piano. Another, of her and President Lyndon Johnson, is hung on the wall above. In old black and white photographs, she dances next to Cab Calloway, stands elegantly beside William Warfield, poses as the svelte ’50s bombshell Carmen Miranda when she played the role at Carnegie Hall.

“I’ve had some highlights in my career,” said the 77-year-old Vicksburg native, a classically trained soprano who once sang for presidents, governors and kings. Yet this diva has had her share of lows. As a black performer whose career peaked in a time of racial riots and Jim Crow laws, she earned standing ovations from white patrons who would refuse to sit beside her in a restaurant or lodge in a hotel where she had slept.

She took jobs cleaning floors and washing clothes to pay for rent and voice lessons during the early days in New York, earning $15 a month. “I was taught to work all my life,” she said, and has no regrets about the unglamorous turn her life took, when, in her 50s, she returned to her hometown. She eventually earned her nurses’ aide degree while caring for her dying aunt.

For this petite woman on the brink of stardom among New York’s top black entertainers, to come home and work 11 years as a home-health nurse for Mercy Hospital doesn’t seem logical. But then, Lucia Hawkins often defies explanation.

She doesn’t keep up with dates and ages, a characteristic she attributes to her religion, Christian Science. And her reason for leaving Vicksburg in the 1930s for New York, well, is quite simple.

Her grandmother, who had taken her from her unwed, deaf mother as a child, had died. She was 15 and alone. She searched for her mother and found her picking cotton in Shaw, Miss. She searched for the man she thought was her father and found him in Clarksdale. “Every night, we’d go to town to shop and walk around. One night, I met a lady from New York. She was a dancer and her husband was a sax player. She thought I’d do well in New York and said I could stay with her,” she said. So she went.

She immediately found work, first in a ceramic factory, then for the owners of an Orthodox Jewish delicatessen where she washed dishes and helped care for the family.

A chance encounter launched her career.

“During the time, I walked up and down 7th Avenue and Broadway, looking in the windows. I met some West Indian man who was nicely dressed with a derby and cane. He said very properly, Are you interested in music,’ because I was looking in a store with music in the window. What do you do?’ he asked. Nothing right now,’ I said. Do you like to sing?’ That depends.'”

He invited her to his studio, so she went. “You could do that then trust people.”

Donald Hayward’s studio was in the same building as the Ed Sullivan Show, and the walls held photographs of Lena Horne and other black entertainers he had nurtured. “He said You could be like any of these people here.’ I believed him.”

She began taking voice lessons but knew she wasn’t destined to be a nightclub act. “I was never a Tina Turner,’ so I guess I was cut out to be a concert artist.”

She changed vocal coaches, eventually studying with Lola Hayes who, in her 90s, continues to tutor her now. And she enrolled in the Ophelia De Vore school of charm, an institution that also primed Diahann Caroll and Cicely Tyson.

Soon, she began getting gigs. First, she was asked to play Cindy Lou in the Oscar Hammerstein musical “Carmen Jones.” Then, when Margaret Tynes left the cast of “Porgy and Bess” to tour Europe, she filled in.

Hawkins ended up working with Avon Long and LeVern Hutcherson as the Porgy and Bess Singers, a trio that performed various show tunes from “My Fair Lady” to African spirituals. “I had the chance to go all over, to sing all over,” she says. And she still has the programs, from the group’s performance in the West Indies to Saudi Arabia.

She also has the police uniform her husband, Clarence Brown, wore before he was killed in a Harlem bar in 1973. The heavy, navy wool jacket hangs in her front closet, along with his whistle and leather gloves that are stuffed into the front pockets. Their wedding portrait from 1955 is displayed next to her piano. “He was on vacation, trying to be a good guy, telling a man to leave people alone,” she said. Before he could return to his seat at the bar, the man, who had been drinking, shot him in the head. Because he was off-duty, he was never paid his death pension, a point that still irritates her, and one she says is legally questionable. The 44th precinct in New York, where he was employed for 13 of his 22 years with the New York Police Department, did not return phone calls.

She remembers one of her first dates with her husband-to-be, when he took her to see acclaimed soprano Marian Anderson perform at Carnegie Hall. “I had never been to a concert,” she recalled. “I sat in the balcony, the concert started and this elegant woman in white walked onto the stage I thought that was the greatest thing that had happened in my life.” She married him soon after. “He was quite a gentlemen,” she said. She never remarried, and she left New York about a year after his death.

Since then, her life in Vicksburg has been a far cry from belting “Porgy and Bess’s” “Summertime” at President Kennedy’s infamous 45th birthday gala, the one at Madison Square Garden where Marilyn Monroe crooned her sultry birthday song. But Hawkins said she has no regrets.

“I started with nothing,” she said, admitting she misses New York because “there’s nothing here in my field.” Her attempts to bring music to the area have been met with little success.

She paid for pianist John Miles to give a concert in Vicksburg, created a one-woman dinner show at the Riverfront that never caught on, offered voice lessons and, for no pay, recorded “Elijah” with baritone great William Warfield at the Crawford Street United Methodist Church. “I’m the only black soprano. There’s no future for classical singers here,” she said.

Instead, she sings at funeral services, and when asked, at events like Mayor Laurence Leyens’ inaugural ceremony.

But sometimes, a patient would recognize her while she was working at Mercy and ask her to sing. She would comply, offering the Lord’s Prayer or another favorite hymn to comfort the weak and the weary. For her, she said, that was enough. 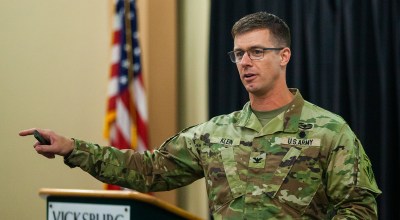