The shooting death by two adults, one a convicted felon, of a ten year old, is a tragedy, not an accident. A “horrible accident” is being killed by lightning, a falling tree, a runaway horse, roof collapse or in a thousand other unforeseeable ways.
This death was preventable; the justice system failed to protect the child. Had the felon convicted in 2010, three years ago, of strong arm robbery (up to life in prison) and aggravated assault (up to 20 years in prison) been sentenced appropriately the child would almost certainly be alive today.
True to form the court sentenced the same felon to 100 days, jail time served and probation for the convicted felon in possession of a weapon charge (up to $5000 fine and &/or up to 10 years in prison) and the DA declined to pursue either adult for manslaughter with culpable negligence (2 to 20 years).
One must remember the pistol used in the shooting was recovered in a creek 100 yards from the scene; this alone obviates the concept of accident.
The judicial, and in this case, prosecutorial system’s “just make it go away” approach to justice threatens public safety. Failures to prosecute and token sentences are implicit endorsements for robberies, muggings, assaults, shootings, carjackings, burglaries, home invasions and the entire gamut of violent crimes.
The sheriff and police appear to be doing their jobs; system failure appears to begin at the courthouse doors.
Jon Duke
Vicksburg

More Letters to the Editor

LETTER TO THE EDITOR: A belated Thank-You to Coach Robert Erves

Letter to the Editor: Thank you to our essential sanitation and city workers 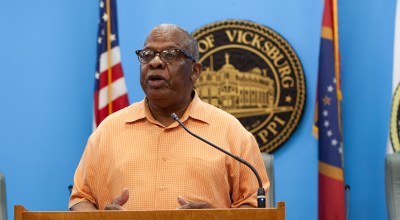 LETTER TO THE EDITOR: Flaggs praises those advocating for animal shelter