Elizabeth Ann Thompson, 83, passed away Feb. 22, 2014, at Belmont Gardens in Vicksburg.
She was born on Aug. 20, 1930, in Helena, Ark., to Claude Earl and Edna Albina (Fairly) Geoghegan.  Elizabeth was affectionately called “Sissy” by her family.
Elizabeth grew up in Fayette. She graduated valedictorian from Fayette High School in May 1947. After high school, she graduated from Draughon’s Business School majoring in secretarial science and inducted into Phi Theta Kappa.
Elizabeth worked in the life insurance business most of her life.  After her children left home, she took the test for the United States Civil Service Commission seeking a position with the State Department (foreign service secretary).  Elizabeth scored 92.5 when she took the exam in 1973.
Reported by The Clarion Ledger newspaper, on Thursday, April 18, 1974, only 1,600 passed the exam in 1973 of more than 13,700 who took the exam that year.
Elizabeth Thompson served as secretary to the director of the Legislative Audit Committee of the Mississippi House of Representatives from April 1973 until July 1974.
Elizabeth married Claude Thompson on April 26, 1974, in Vicksburg. They were happily married for 12 years.  Claude was a member of Westminster Presbyterian Church and Elder Emeritus.  He enjoyed working with the Boy Scouts of America as a longtime scoutmaster and scoutmaster to many Woodbadge Training Troops for adult scouters.  He also enjoyed woodworking, gardening, and traveling.
Elizabeth is survived by her son, Herbert “Dan” Daniel Cameron Jr. (Cathy Ann Cameron) and his daughter, Kelly Elizabeth Cameron; Dan and Cathy live in Oklahoma City, Okla., and Kelly lives in Austin, Texas.  Elizabeth is also survived by her son, Claude Geoghegan Cameron; daughter, Edna Elizabeth Cameron, and her youngest son, Robert Francis Cameron.  She leaves behind her two grandchildren from Claude Geoghegan Cameron, Alec and Scott.  Elizabeth’s other surviving relatives are her cousins, Elizabeth Fairly Medlin, living in Farmerville, La., and Margaret Aldridge Madison Hill, living in Gloster.
Elizabeth was preceded in death by her parents, her brothers, Claud Edwin and James Francis Geoghegan, and her husband, Claude Thompson. Claude Thompson and Elizabeth enjoyed 12 years of exploring life, traveling, fishing and camping until his death on Oct. 16, 1986, at the age of 79. Both were active in Westminster Presbyterian Church in Vicksburg, and Claude Thompson was Elder Emeritus of the church.
A visitation will be held at Glenwood Funeral Home, 145 Highway 80, Vicksburg, on March 10, 2014, from 5 to 8 pm. Burial will be at the Fayette Cemetery on Tuesday, March 11, 2014, at 1 p.m.
In lieu of flowers the family requests memorial donations be made to the Alzheimer’s Foundation of America: Alzheimer’s Foundation of America, 322 Eighth Ave., 7th fl., New York, NY 10001 or at:  www.alzfdn.org/ContributetoAFA/makeadonation.html 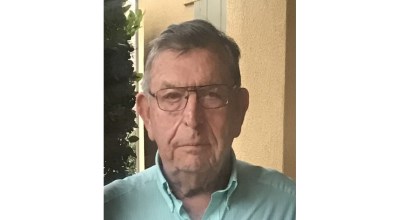 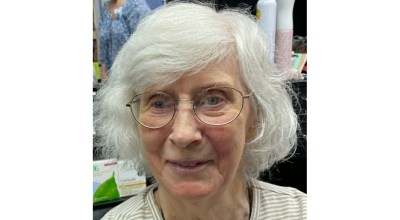