Siege Robotics Team 456 stops for a picture after the Bayou Regional in New Orleans last weekend. The team advanced to the semifinals Saturday before being knocked out of the competition.

The build and competition portion of our robotics season is officially over. The team competed last week at the Bayou Regional and made it all the way to the semi-finals.
Friday, the drive team proved to be a consistent shooter. We demonstrated multiple times that assisting was no problem for us. Our team ranked 8th out of 57 teams. They did such an amazing job during the qualification rounds that they were picked by the number one ranked team, 2973 Mad Rockers.
The drive team this year consisted of Kelcey McMaster, Jared Honeycutt, Mary Elizabeth Ballard, Jacob kitchens, and Ginny Dickerson. They did an outstanding job. They never gave up and fought hard all the way to the end.
Unfortunately during the middle of quarterfinals, the Mad Rockers were hit so hard that it damaged their shooting mechanism. Suddenly the game strategy changed halfway through the match. The key to the game this year was communication.
Once the number one seeded team could not shoot, they let Coach Ginny know. We then formulated a quick defensive plan that had two of our three alliance members playing defense. Team 456 was the only offensive robot.
Against the odds, we made it to the semi-finals. We went two rounds against two amazing teams in the semis. 3959 MCMechTech from Alabama and 2468 Team Appreciate from Texas are two very talented teams whom we didn’t mind losing to.

Yes we’re disappointed we lost, but the point is about the journey, not the destination. All the hard work and endless hours spent this season were completely worth it.
We would like to thank all of our sponsors for helping us have one of the best seasons ever. Thank you Mr. Bryan Pratt, president of the school board, Mr. Chad Shealy, school superintendent, Mr. Creel and Mr. Wooten, the principals of Warren Central, for coming to the competition to support us. A very big thanks to all the parents for giving up their children for over two months.
Finally, an even bigger thank you to all the mentors who put in endless hours this year and prepared us for competition.
Although the robotics portion has ended the team will still meet. We like to stay involved in our community. Soon we will be visiting elementary schools to talk about robotics; once we have fully recovered from competition.
The team also hosts the annual Kimmy Food Drive for the Salvation Army. Local schools and organizations are participating in the food drive. If you would like to see the robotics team show up at your school or special event please contact us at info@456robotics.org. We would love to visit.
•
The robotics column is a collaboration between team members Kelcey McMaster, Harrison Hunter, Katie Martin and Mary Elizabeth Ballard. 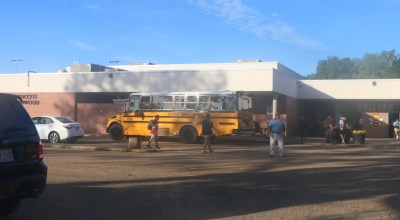 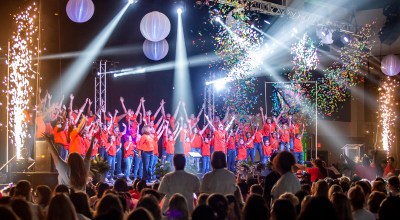