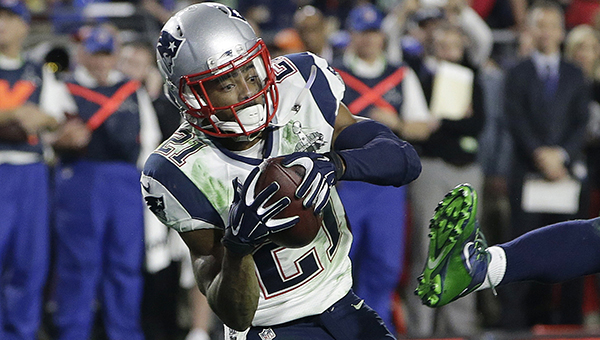 Vicksburg city planners have confirmed the parade to honor Super Bowl XLIX hero Malcolm Butler will be Saturday Feb. 21, tentatively scheduled for 2:30 p.m. The parade will end at the Vicksburg Convention Center where Mayor George Flaggs Jr. will present Butler with the key to the city.
A graduate of Vicksburg High School and the University of West Alabama, Butler, a defensive back for the Patriots, gained immediate fame when he intercepted a Russell Wilson pass with 26 seconds remaining in the Super Bowl to clinch the 28-24 win for New England.
The improbable interception was replayed after the game on ESPN’s Sports Center, which also featured some notable facts about him.
Almost immediately Flaggs said he began receiving telephone calls, text messages and emails from residents suggesting the city do something to honor Butler.
“We’re very thankful that the young man involved in the Super Bowl was from Vicksburg,” Flaggs said.
Butler barely played in the first half the Super Bowl game against Seattle, then moved into the defensive lineup halfway through the third quarter with the Patriots trailing 24-14.
On Seattle’s final drive, quarterback Russell Wilson kept throwing in the rookie’s direction. Wilson threw a pass deep down the right sideline intended for Kearse. Butler jumped, reached back and made a spectacular play to knock the ball down.
Unfortunately, the deflected pass fell straight onto Kearse’s legs, and the receiver made a highlight-reel play of his own to complete a 33-yard reception that gave Seattle the ball at the 5-yard line.
His chance at redemption came two plays later. With the clock ticking down and Seattle at the 1-yard line, Wilson tried to throw a quick slant to Ricardo Lockette. Butler was ready.
Butler made a beeline toward the spot where Wilson needed to throw the ball to Lockette and beat the receiver there by a fraction of a second to snag the first interception of his career.
Butler collided with Lockette, got knocked back into the end zone, then sprawled forward to the 1-yard line and directly into NFL lore.