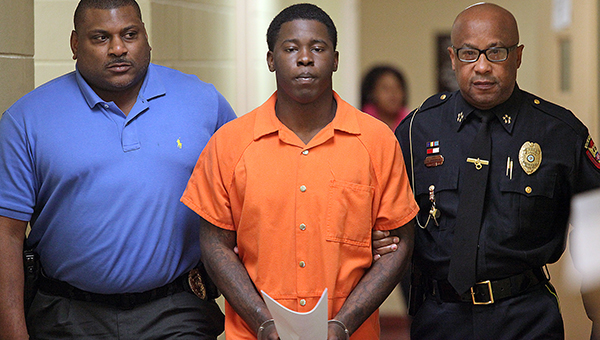 A Tallulah, La., man had bail set at $2.5 million in the shooting death of another Tallulah man outside LD’s nightclub early Sunday, just minutes after police had arrived to break up a fight.

Bail for Williams was set at $2 million for the murder charge and $250,000 each for possession of a firearm by a felon and possession of a stolen firearm. Williams is being held at the Issaquena County Correctional Facility.

Williams is on probation in Louisiana for a felony conviction in April 2014 for illegal use of a weapon or dangerous instrument. He is also at the center of an open investigation in Tallulah that a Madison Parish Sheriff’s Department spokesperson declined to comment on.

Sunday, police arrived at 1:55 a.m. to respond to a fight at the nightclub, Vicksburg Police Chief Walter Armstrong said. Williams left the fight to retrieve a gun from his vehicle and shot Johnson at about 2:05 a.m.

“The shooting occurred outside of LDs, right outside the door of the club side,” Armstrong said.

“The officer on scene heard the shots and called for backup. Other officers quickly arrived on scene and made the arrest of Kentrell Willaims and recovered the murder weapon,” Armstrong said.

The club was still open and hosting a party when the shooting happened, Armstrong said. It was unclear how many people were outside the club when the shooting occurred, but police had received calls earlier in the night of cars overflowing from the club’s parking lot and blocking traffic, he said.

“We do not know the motive other than there was a physical and verbal altercation,” Armstrong said.

The killing is similar to most that have occurred since Armstrong took over the top spot at the VPD in which the victim and suspect knew each other.