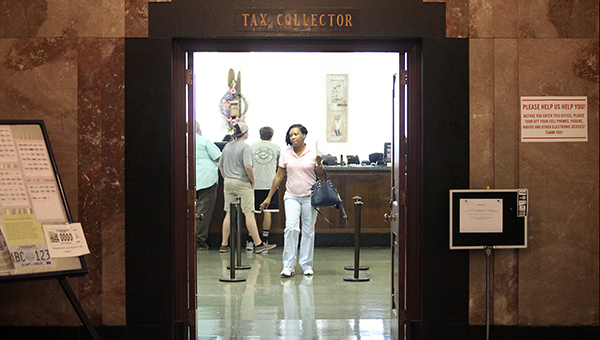 A formal apology from the Board of Supervisors and Tax Collector’s office will include the names of taxpayers whose properties were listed as delinquent though they had redeemed them in July, the board voted Monday in a split decision.

Supervisors voted 3-2 to list the names in an apology ad to be published in The Vicksburg Post against the recommendation of Tax Collector Antonia Flaggs-Jones.

“I have a problem listing names because you’re going to mess up somewhere. Somebody’s going to get credit for something they didn’t do and you have some who don’t even want their name re-advertised in the newspaper,” Flaggs-Jones said.

“We’ve got to remember who we work for. None of us is perfect and the taxpayers know we aren’t perfect. But there are some things that are more meaning when a mistake is made than others,” George said in making a motion to list names in the apology.

Selmon and Banks agreed the county should apologize but said they felt listing names with the apology was the wrong move.

“I think the problem comes in with listing names. I want to adhere to Miss Jones’ recommendation. She’s responsible for running that office, and I think she has the best answer,” Selmon said.

Lauderdale said he saw both sides of the argument but was swayed by the fact that twice during the month of July the county ran an ad promising taxpayers if they paid by July 15 their names would not be listed in the annual tax sale listing.

“We should not have tried to guarantee that,” Flaggs-Jones said.

Everyone on the list that was published Aug. 10 was late paying taxes, even if their property was not headed for tax sale, she said.

“Anything that’s not paid by Feb. 1 is late. If they were coming in July to pay taxes, they still were late. It does not change the validity of the sale. There will not be two more ads printed in the paper. There will not be another ad running on the 24th,” Flaggs-Jones said.

The Tax Collector’s office went to great lengths to notify taxpayers of the deadline, sending notices in December and May and making a number of telephone calls, she said.

“The only thing my staff is guilty of is trying to babysit.,” Flaggs-Jones said.

Jones said she was sorry for any inconvenience or embarrassment the listings caused.

Flaggs- Jones in the Aug. 12 edition of The Vicksburg Post cited the time lapse, but also said “I have some new people that generate the files and some of the questions were not as clear as they should be.”