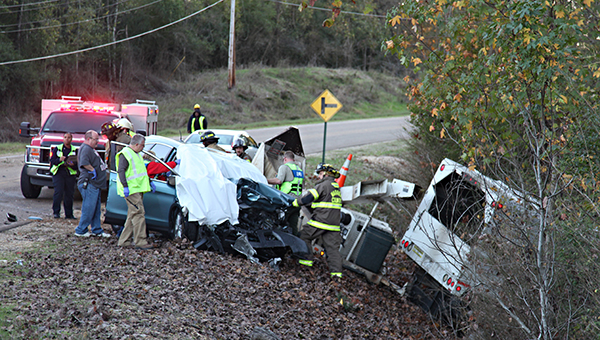 A Vicksburg woman was killed Thursday when her car collided head-on with a utility truck on Fisher Ferry Road south of its intersection with Naylor Road.

Warren County Coroner Doug Huskey said Brenda Nelson, 55, 587 Lakeside Drive, was pronounced dead at the scene of the collision, which occurred about 4:15 p.m. He said the cause of death was multiple blunt force trauma injuries. An autopsy was requested.

Sheriff Martin Pace said witnesses told investigators Nelson’s 2004 Honda was southbound on Fisher Ferry when it veered into the northbound lane and hit the GMC truck, which is owned by a tree trimming service.

He said the accident remains under investigation.