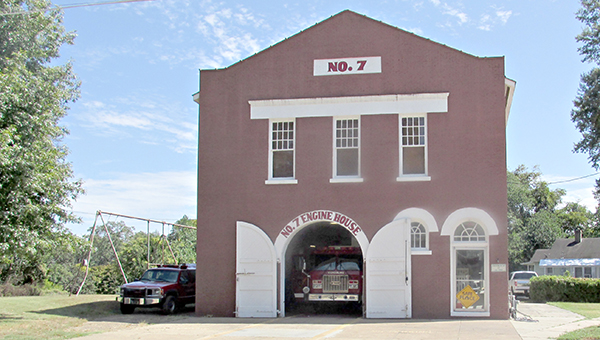 STAYING OPEN: The Vicksburg Board of Mayor and Aldermen voted Wednesday to keep Fire Station No. 7 open.

Fire Station 7, or any other Vicksburg fire station, won’t be closing until after the city’s 2017 municipal elections.

The Board of Mayor and Aldermen Wednesday repealed a resolution passed in February to close Fire Station No. 7, keeping it open. Any decision to close it or any other station, Mayor George Flaggs Jr. said, won’t be made until a new fire station at the corner of Maxwell Drive and Berryman Road off East Clay Street is built, and city officials don’t expect the station to be completed until after the elections.

“There will be no — no — fire station closed before the election.”

Flaggs threatened to close Station 7 if the fire department did not reduce firefighter overtime, which had reached in excess of $800,000 by the end of fiscal 2015. Initial plans called for the station to be closed in May, but the deadline was extended to June 1 after initial reports from the first quarter of the fiscal year showed a drop in fire department overtime.

According to city records, fire department overtime has dropped significantly during the first two quarters of fiscal 2016.

Flaggs said a committee of Atkins, deputy fire chiefs Kenneth Daniels and Craig Danczyk and City Attorney Nancy Thomas have been reviewing designs for a new fire station to be built on the 2.2-acre site the city bought for $400,000 in April from Waring Investments.

The board previously allocated $1.6 million for the fire station project in the city’s $9.2 million capital improvements bond issue.

Atkins said the committee has settled on a design similar to Station 5 at the Vicksburg Municipal Airport.

He said the building may be smaller than 5.

City officials have discussed building a station in the east end of Vicksburg for several years.

“We’re growing more to the northeast part of the city and to put a station there would be conducive to the hotels are coming to that area,” Atkins said, adding he wants to have an aerial truck stationed at the new station.

He said once the station is built “we’ll have to look at how to distribute our personnel and equipment to best benefit the people of Vicksburg.”

Taking some precautions now can save your family grief…