1 in 4 women have suffered from domestic violence 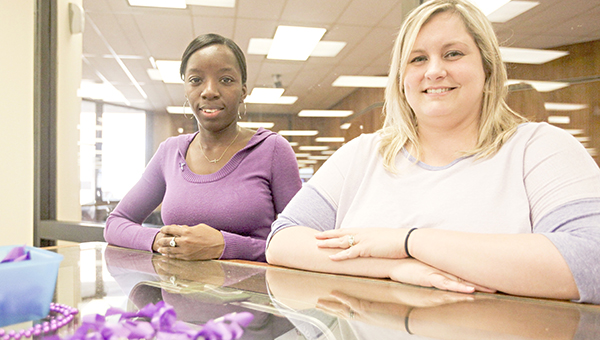 The physical and mental abuse of family members or an intimate partner is the core definition of domestic violence, and to bring attention to this often closeted issue,  October has been designated as Domestic Violence Awareness month.

“People do not realize how serious domestic violence is until you see a headline,” municipal court judge Toni Terrett said.

Statistics show that one in four women has experienced domestic violence in her lifetime, and to help address the issue locally, the city of Vicksburg was awarded a Violence Against Women Act federal grant, and Terrett has been named its administrator.

VAWA was designed to help improve the criminal justice response to violence against women, and the grant dollars Vicksburg is receiving are going towards a program called the Domestic Violence Victims Empowerment program, Terrett said.

Money for the program go to pay for a victim’s advocate, whose job is to make sure the defendant is represented and an officer of the court to help specifically with the court process in abuse cases.

“They will also do follow-ups after a case has been heard,” Terrett said.

Funding is also provided to the Haven House Family Shelter, which provides abuse victims and their families with a safe haven and support while helping them gain independence through self-empowerment and education.

Haven House Family Shelter victim’s advocate Krystal Hamlin and outreach coordinator Anna Burnett Tillotson, have been involved with outreach education during Domestic Violence Awareness month, and this week the pair went into a local high schools to talk with students about domestic violence.

“We went into Vicksburg High School and spoke with juniors and seniors about Haven House and domestic violence,” Tillotson said.

“We also touched on the issue of sexual assault as it falls under the heading of interpersonal violence. The students had a lot of great questions regarding stalking, the difference in domestic violence and simple assault and some questions pertaining to consent in a relationship,” Tillotson said.

In addition to wearing purple and distributing purple ribbons, which is the color used for Domestic Violence Awareness Month, the Haven House Family Shelter has been helping bring attention to domestic violence by participating in the launch of National Night Out, which was held at the Warren County Old Courthouse.

Staff members from the shelter also attended a Purple for Peace luncheon in Jackson, where Terrett was the recipient of a community leader award, and they had a booth at the Vicksburg Family Development’s fall festival, Tillotson said.

Also, on Oct. 8, the Men of Action hosted a benefit concert in support of Domestic Violence Awareness month, and the proceeds from the fundraiser benefitted programs offered through Haven House.

Other events planned for the remainder of October, Tillotson said, include reading the book “Hands are not for hitting” to local daycares and speaking to students at Warren Central High School. The shelter will be participating at health fairs that will be held in Yazoo City, in Jackson at the Mississippi Department of Health and at the U.S. Department of Veterans Affairs in Cary.

Haven House will also participate in the annual Welloween event, which will be held at Medical Associates of Vicksburg, 2080 S. Frontage Road No. 100.

A booth will be set up to provide information on domestic violence, Tillotson said.

Judge Terrett will also be co-sponsoring a program with Kimberly Walker Nailor from noon to 1 p.m. Oct. 28 at the Pemberton Event Center, 5 Pemberton Place.

“This will be a community event, and Lt. Beverly Prentiss, who has been with the Vicksburg Police Department for more than 20 years will be speaking,” Terrett said.

“A lot of agency members will be in attendance, and we are hoping the public will come out.”

The fight against domestic violence is new on the national level, Terrett said, and Domestic Violence Awareness month is an opportunity to help work towards changing people’s mindset.

“We need to learn how to respect and love each other the right way,” Terrett said. 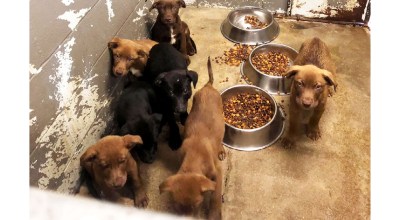