Oxford vs. VHS, WC-Clarksdale are matchups for Red Carpet Bowl 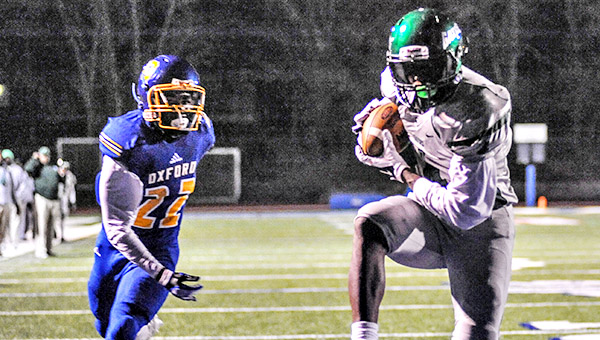 Vicksburg High and Oxford have been familiar opponents on the football field the past few seasons. The next time they meet, however, it’ll be in a much different setting.

Vicksburg and Oxford will play in the first game of the 2017 Red Carpet Bowl, RCB committee member Briggs Hopson said. The second half of the doubleheader will be Clarksdale vs. Warren Central.

The 2017 Red Carpet Bowl is scheduled for Aug. 18, and will be played at Warren Central’s Viking Stadium.

Oxford will be making its first appearance in the Red Carpet Bowl. Clarksdale will be in it for the third time, after also playing in the 2007 and 2008 editions.

“We’re happy with both teams,” Hopson said. “Oxford was a challenger for the 5A state championship. Clarksdale has been 5A and lost to (2016 Class 5A champion) West Point by three points. We didn’t know until later that they were moving down to 4A, but they’re likely to be a favorite for the 4A championship. And Oxford is moving up to 6A. So we’ve got two of the favorites in their classifications for the Red Carpet Bowl.”

This will be the third time in five seasons that Vicksburg and Oxford have played each other, but the first time in the regular season — and the first time in Warren County. Oxford won 50-7 when the teams met in the first round of the 2013 Class 5A playoffs, and 35-21 when they played again in the 2015 playoffs.
Both postseason meetings were in Oxford.

Oxford is moving up to Class 6A in the latest Mississippi High School Activities Association realignment. The two-year cycle begins in 2017. So, this will be the only time for a while that the Gators will get a chance to avenge their earlier losses.

In the 2018 Red Carpet Bowl, Vicksburg will host Clarksdale and Warren Central will play Oxford at Vicksburg’s Memorial Stadium.

Even so, facing a program like Oxford will provide the Gators with a stiff test and an opportunity to make an early statement on the state level. It’s a similar situation to what the Gators faced in 2016, when they beat then-defending Class 5A champion Wayne County in the Red Carpet Bowl and used it as a springboard to a nine-win season.

Oxford finished 8-5 last season and lost 41-0 to eventual Class 5A champion West Point in the second round of the playoffs. Before that, it made three consecutive appearances in the Class 5A championship game — losing each time — from 2013-15.

The rest of Vicksburg’s schedule is still being fleshed out. It will face Provine, Warren Central and Natchez in the first four weeks and then have an open date before starting Region 2-5A play.

Region 2-5A has two new teams, Callaway and Cleveland, coming in via realignment. That will lead to a reconfiguration of the region schedule, and the league’s coaches are scheduled to meet next week to hash that out.

Vicksburg head coach Marcus Rogers said he’d also like to find an opponent for the open date in Week 5 rather than taking that Friday night off. He said Lanier was a possible opponent, but nothing had been set yet.

“We’re waiting on Lanier or someone we can host where I can play some young guys and still stay in game rhythm,” said Rogers, who is heading into his fourth season at VHS.