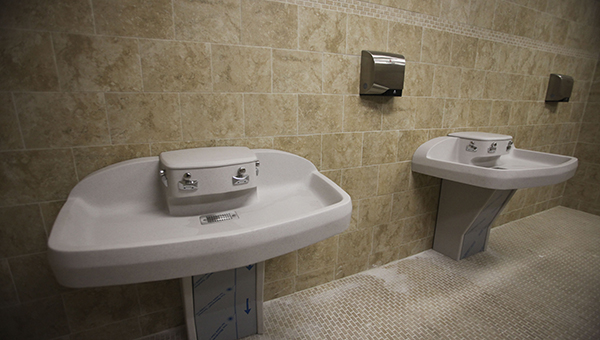 BATHROOM RENOVATIONS: Warren Central High School’s maintenance staff renovated the girls’ (pictured) and boys’ bathrooms on the 200 hall of Building A during the Christmas break. The bathrooms were original to the building, built in 1965. (Courtland Wells/Vicksburg Post)

While the students were away, school maintenance workers got down to business during the holidays.

Maintenance staff for the Vicksburg Warren School District used the holiday break to replace both a boys’ and a girls’ restroom at Warren Central High School.

The restrooms in the 200 Hall were original to the building, built in 1965, Sanderford said. The district is going school by school to make the bathroom upgrades each year.

“We’re trying to do a school a year and trying to get all of our bathrooms up to date,” Sanderford said.

The 200 Hall has one boys’ restroom with six new stalls and five new urinals and one girls’ restroom with eight new stalls. The newly installed wash stations are in a half moon shape and have four automatic faucets, he said.

This project was the main focus of the district maintenance staff during the holiday break, and no other projects were taken on at any of the other schools.

The restroom renovation project was big enough to have help from the entire district maintenance staff, and they took advantage of the empty halls to get the work done in the school.

“It took everybody we had. It was a pretty big project, and it looks good,” Sanderford said.

“The Christmas holiday gives us enough time to just about get it completed.”

The renovation is projected to be entirely complete next week after the Martin Luther King Jr. holiday.

“It won’t be complete until after this next week because we’re waiting on more restroom parts,” Sanderford said. 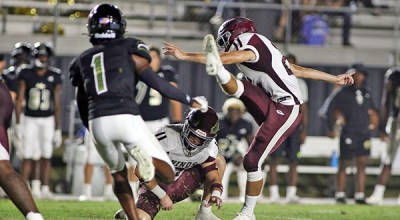 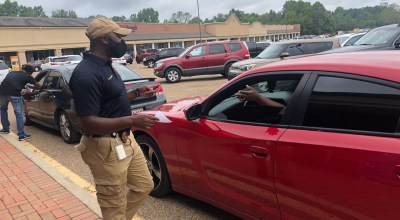 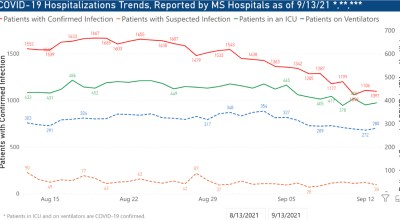