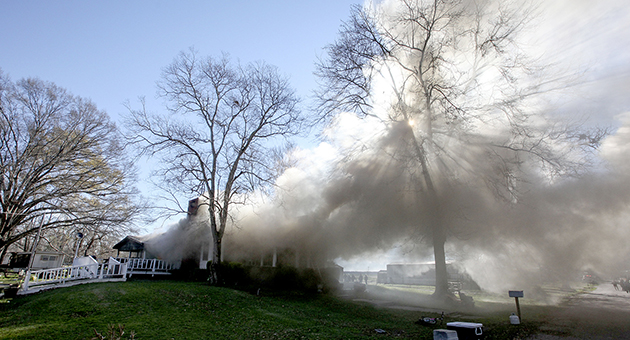 “That house was built in 1939; it was owned by Virgie Shepherd who lived on Eagle Lake,” he said.

Wallace said a neighbor called 911 to report the fire about 7:30 a.m., and Eagle Lake volunteer firefighters arrived at the scene to find the house at 230 Lo Sto Road fully involved, “and the fire station is about a minute from the home.”

He said the homeowners, Buddy and Paula Hearn, were not at home at the time of the fire, and no one was injured fighting the fire.

“This was not a weekend home,” Wallace said. “It was a full-time home.”