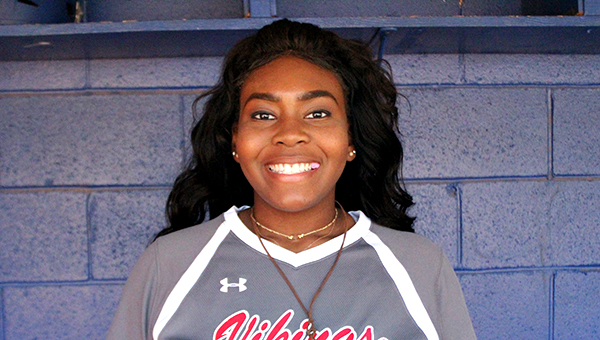 Warren Central softball player Kelsey Lockridge singled and drove in two runs in a 12-10 loss to Germantown on Thursday.

By the time the Warren Central Lady Vikes slowed down and took their time at the plate Thursday, time had run out on them.

The Lady Vikes scored 10 runs in their last two at-bats, but couldn’t overcome a huge deficit and lost 12-10 to Germantown in a softball game at Lucy Young Field.

Warren Central (4-3) only had three hits in the game, and none until Kelsey Lockridge delivered a two-run single in the bottom of the sixth inning. The other two hits were a leadoff single by Kaylee Hoeft and a two-run double by Cocoa Fultz in the seventh.

Warren Central didn’t help itself a whole lot defensively, either. Its pitchers walked nine batters, and seven errors led to four unearned runs. Germantown (5-2) scored five runs in the fourth inning and steadily crept out to an 10-0 lead in the sixth before the Lady Vikes finally pulled it together at the plate.

“We also made seven errors, so it was not our finest defensive effort either,” McGivney said. “We had some people playing different positions tonight, but that’s no excuse for the errors. We just have to do better if we expect to win.”

Warren Central’s comeback was sparked by a sudden meltdown by Germantown. In the last two innings Magee and relief pitcher Madalyn Wilkinson walked four batters and hit three, while their defense committed three errors behind them. The Lady Vikes sprinkled in their few hits at key times and managed to get the tying run to the plate with two outs.

Magee re-entered the game at that point, however, and struck out Logan Hardin to end the game.

“I was very happy to see the adjustment at the plate. We could have very easily quit when we were down, but the girls never stopped playing and even though we didn’t get the outcome we wanted we made a game out of it,” McGivney said.

Warren Central will next head to Lawrence County on Saturday for two games in that school’s spring break tournament. WC will play Loyd Star at 11 a.m. and Brookhaven at 3 p.m.