Rebels rack up another shutout 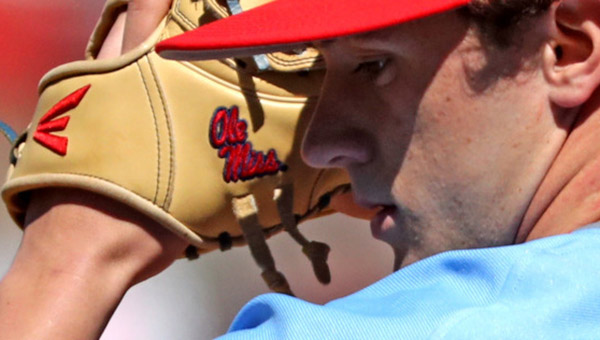 OXFORD — When it comes time to hand out the weekly Southeastern Conference baseball awards on Monday, Ole Miss will have no shortage of candidates for Pitcher of the Week.

Greer Holston threw seven innings of shutout ball, and Andy Pagnozzi and Dallas Woolfolk worked an inning apiece, as the Rebels beat Furman 1-0 on Sunday to finish an impressive three-game sweep in Oxford.

Ole Miss (11-5) shut out the Paladins (8-7) in all three games. It’s the first time Ole Miss has had a series shutout since 2004 against Nicholls State.

In five games last week, the Rebels’ staff threw four shutouts, allowed a total of two runs and 22 hits, and kept opponents scoreless in 46 of 47 total innings pitched. They only walked 12 batters and struck out 54.

The only runs Ole Miss gave up were in the 11th inning of a 2-0 loss to Georgia State on Wednesday.

Holston allowed two runs and two walks in Sunday’s series finale. He struck out six, while Pagnozzi (2-0) struck out three and Woolfolk one.

Furman put two runners on with one out in the ninth against Woolfolk. He got two ground outs to end the game and earn his fourth save of the season.

The only run of the game was scored in the bottom of the eighth. Kyle Watson singled to right field and was bunted to second.

With one out and the go-ahead run in scoring position, Ole Miss coach Mike Bianco elected to send Tim Rowe to the plate as a pinch-hitter. The move caused Furman to bring in reliever Billy Greenfield for a lefty-lefty matchup. However, the cat-and-mouse game continued as Bianco countered by sending Michael Fitzsimmons to the dish to replace Rowe.

Bianco’s decision paid off. With Watson breaking for third on a hit-and-run, Fitzsimmons smacked a base hit into left. Rounding third, the speedy Watson scored easily to give Ole Miss the run it was looking for all afternoon.

Furman reliever Heath Hawkins (2-1) gave up the single to Watson and was charged with the loss. Starter Matthew Quarles wound up with a no-decision after pitching seven scoreless innings. Quarles allowed seven hits, but only walked one batter and struck out five.

Ole Miss finished with nine hits. Every starter except first baseman Cole Zabowski had one. The Rebels, however, hit into five double plays and had a runner thrown out trying to steal.

Ole Miss will play Nicholls State Tuesday night in Biloxi, and then will open SEC play Friday at home against Vanderbilt.