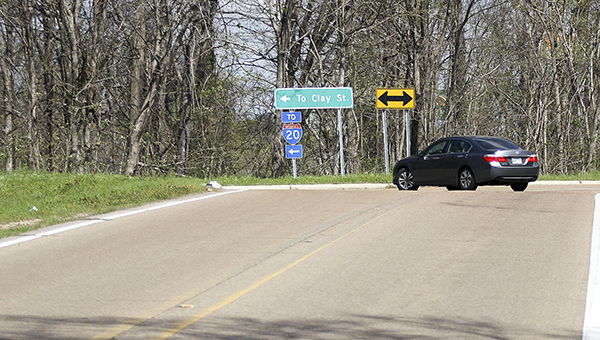 The Mississippi Department of Transportation is going to court to secure the rights of way for the proposed South Frontage Road extension project, said Central District Transportation Commissioner Dick Hall.

Hall said the state will file for eminent domain to secure the necessary rights of way for the project.

Eminent domain is a legal process that allows a governmental body to take private property and convert it to public use, subject to reasonable compensation to the property owner.

“The purchase of rights of way is stalled,” he said. “You’ve got some businesses there in the mall area that are just not ready to sell the right of way, even though they know we’re going to extend the frontage road. I don’t know why. We do have the power to condemn and take it, and that’s what we plan to do.

“That’s the only way we can do it. They’re not going to be a willing seller; we have no choice but to do that. Sometimes it moves quickly and sometimes it doesn’t, but we think it will move rather quickly. I just regret we can’t reach an agreement.”

Hall said AT&T has completed relocating its lines along the projected path of the road, but the rights of way issue has prevented Entergy form completing its work.

He said the state is also waiting on the city of Vicksburg to move its utilities from along the road. Mayor George Flaggs Jr. said city officials are waiting on Jackson engineering firm Waggoner Engineering Inc. to prepare the design, plans and specifications for the project

“These things take a while,” Hall said, “And this project isn’t very big in length, but it’s got a lot of pieces to it. We’re pursuing it; we plan to get it done.”

He declined to speculate when the eminent domain issue will be settled, adding once the legal issues are resolved, the rest of the plans should fall in place.

“I’d like to get it totally designed and ready to go by the end of the year of the first of next year,” Hall said. “The good news is, we’re going to do it. We’re in it until we get it finished; we’re going to get it accomplished.”

The South Frontage Road extension, which will link the Outlets at Vicksburg and other restaurants and businesses on East Clay Street and U.S. 80 to the west side of South Frontage Road, has been discussed for more than 20 years. Project plans call for an overpass over the Kansas City Southern railroad tracks to link the east and west sides.

In 2007, a Federal Highway Administration study on the project issued a “finding of no significant impact,” clearing the way for the project. Four years later, the Mississippi Department of Transportation bought five properties along the road to secure rights of way for the project, and in in April, the Legislature approved $4 million in its fiscal 2015 highway budget to begin planning the South Frontage Road expansion.