Greer takes Player of Year after leading WC in scoring 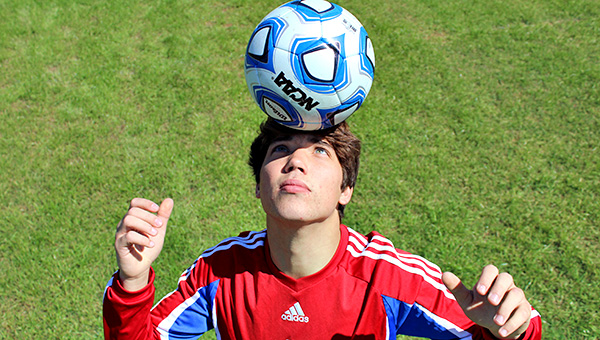 The stats for Braylen Greer — 16 goals and 14 assists in 17 games — are impressive enough. They are, however, only a small indicator of his value to Warren Central this season.

When the Vikings needed a scorer, he was their go-to guy. He found the net in 12 of their 13 victories.

When they needed an assist, he was happy to pass the ball to a teammate. The midfielder had five games with multiple assists and led the team in that category.

When they needed someone to control the ball and give the defense a break, Greer was the guy they turned to as well.

“He’s a game-changer,” WC coach Greg Head said. “Even when he’s not scoring, he’s making people double- and triple-team him. He opens up the field for us.”

Add it all up and Greer was, perhaps, the most important component of an excellent Warren Central team that finished 13-4 in what was supposed to be a rebuilding year.

There were several players with more goals in Warren County, but none that meant as much to their team’s success. For that reason, Greer was selected as the 2017 Vicksburg Post boys soccer Player of the Year.

It’s the fourth consecutive year that a Warren Central player has won the award, and the eighth time in the past nine seasons.

“Since seventh grade, I always had that as a goal. Erik Chappell was who I based my career after,” Greer said, referring to the former WC star who was the Post’s Player of the Year in 2009 and 2011. “I wanted to win it last year and match Erik. It feels pretty good to be selected as it is.”

“I’d like to thank my mom for all the time she put in and driving me back and forth all over the southeast. And my brother for teaching me almost everything I know about soccer,” Greer said.

Greer can still become the fourth two-time winner and first since Chappell. He’s only a junior and has one more season left in his high school career. If it’s anything like this one, he’ll have an excellent chance to do it.

Greer, who has been a starter since his freshman year, was both a scoring machine and a distributor. He led the Vikings in goals and assists. He edged Hunt Holdiness by one goal for the team lead in that category, but had twice as many assists.

He said the two halves of his game complement each other.

“I’ve always led in assists. That’s what I do. I’ll take on a few people and lay it off,” Greer said. “Once I start laying off, they’ll stop covering me more. And I can beat one man.”

Head said Greer’s ability in the open field is what takes him from being a good player to a great one.

“A lot of people can’t stay with him when he has the ball on his feet,” Head said. “He’s got moves. He’ll fake out one or two people easily.”

With Greer as the focal point of the Vikings’ attack, they enjoyed a lot of team success as well. They started the season with a five-game winning streak before losing 1-0 to eventual Class 6A champion Northwest Rankin.

The Vikings finished 13-4 after losing eight starters from last season’s 14-4-1 squad, and posted their seventh winning record in a row. The 13 wins included victories over perennial powers Pearl, Germantown, Brandon and Florence.

Greer did not score in the 2-1 win over Florence on Jan. 17, but had at least one goal in every other victory. Warren Central was shut out in all four of its losses.

“The teams we played, it was a harder schedule and we did better. This year was really good,” Greer said. “All the practice I’m doing outside of Warren Central has gotten me so much better.”