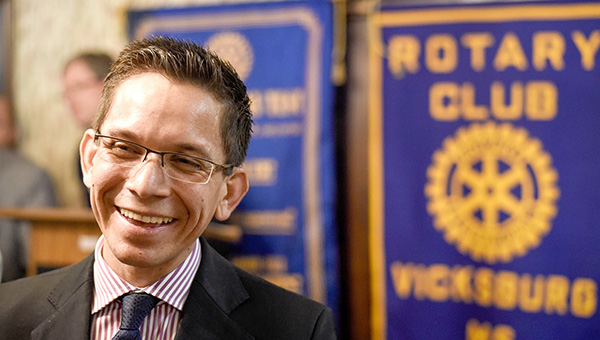 The boards signed a contract for economic development coordination that combines them into an economic development organization called the Partnership. Its board of directors will be composed of the five port commissioners and two each from the chamber and the foundation.

The port approved the agreement and economic development director Pablo Diaz’s contract at its meeting Monday afternoon. The chamber and the foundation signed off on the agreement several hours later.

“I’m just delighted,” Port Commission chairman Margaret Gilmer said. “I think we have a home run in Mr. Diaz. I think Vicksburg is going to benefit greatly from this move.”

“The EDF, Port Commission and the chamber of commerce all join together under an umbrella organization that will work together to lead the economic development effort in our community,” said Mark Buys, chamber president.

“It’s really something that has never been able to be accomplished in Vicksburg, and we were able to do it in short order because we all know the benefits our community will have under this structure.”

Buys said there were some legal questions about the agreement that need to be resolved involving the organization’s structure.

“We’re working through that, and we thing in short order we’ll clear that hurdle,” he said.

He said the board of the Partnership will hold the responsibility for hiring and firing employees, and support and consult with Diaz as needed.

The Board of Mayor and Aldermen Feb. 16 agreed to commit $20,000 a year for three years to help pay Diaz’s salary. Four days later, the supervisors approved the agreement. The chamber and Port Commission are also contributing to Diaz’s salary.

One could call David Cox a “quiet volunteer.” “I’m really a behind the scenes kind of guy,” he said as... read more