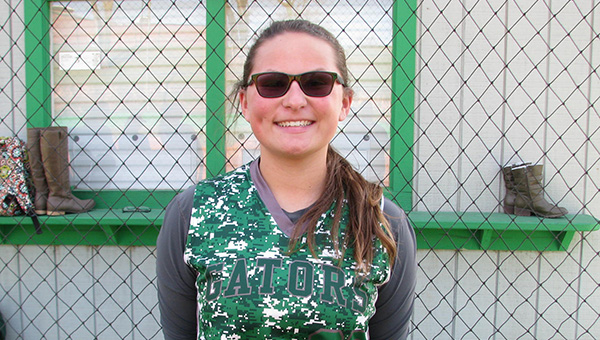 It was only the score that looked like football.

Vicksburg scored 10 runs in the top of the seventh inning to finally gain the upper hand in a wild, woolly slugfest. They went on to win 29-23 in a game that featured 52 runs, 21 hits and, most amazing of all, one scoreless inning.

“We definitely won’t take five days off for spring break again,” Vicksburg coach Brian Ellis joked. “We were really, really flat. We hit it when they could throw strikes, but we couldn’t play defense.”

Sarah Daniels went 2-for-4 with five RBIs and two runs scored for the Missy Gators, and Bethany Martin had a triple and two RBIs. They did most of their damage, however, without hitting the ball at all.

Terry’s pitchers also hit seven batters and threw 12 wild pitches.
The flow of the game mirrored the one the teams played in Vicksburg on Feb. 28. In that one, the Missy Gators drew 17 walks and won 18-14.

On Monday, Vicksburg scored eight runs in the top of the first inning but gave it all back by the end of the second. Terry pounded out 16 hits, including a 3-for-5 performance by Sydnei Bracey. She tripled, drove in three runs and scored four. Alysia Terry was 4-for-5 with six RBIs and four runs scored.

After neither team — somehow — scored in the third inning, they traded runs until Terry struck for 10 in the sixth to take a 20-19 lead. It wasn’t nearly enough.

Vicksburg used seven walks and, for variety’s sake, six hit batters, to score 10 runs of its own. An RBI single by Christian was the only hit of the inning.

Terry rallied back with three runs in the bottom of the seventh, but couldn’t get any closer.
Vicksburg pitcher Kayla Foster got the win, but gave up 10 earned runs. She struck out four and walked three while throwing 156 pitches.

Terry’s Shaniya Johnson took the loss. She allowed 23 runs, 22 of them earned, in 5 2/3 innings. The Missy Gators touched her for nine hits, but it was the walks that did her in. She issued 19 of them, hit five batters, and threw 10 wild pitches. Johnson threw 184 pitches before giving way to the bullpen.