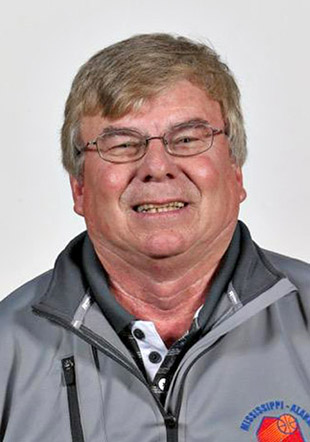 Fuller, a Vicksburg native, cited personal reasons for his decision. He will retain his role as assistant athletic director.

“After much thought and prayer, I have decided to step down as head girls basketball coach at Gulfport High,” Fuller said in a press release. “On a personal level, this has been a very trying year with the death of my mother and illness of my father. At this stage of my career, I don’t feel like I can give our girls the time and energy they deserve.”

In eight seasons guiding the Lady Admirals, Fuller compiled a 126-106 record. Overall, he’s spent 37 years in coaching. He spent five years at Ole Miss and 32 on the high school level, split between Warren Central, Gulfport and Philadelphia. He amassed an impressive 518-268 record. Fuller eclipsed 500 career wins in 2016. Gulfport was 16-14 this season.

Fuller is a 1975 graduate of Warren Central. He spent 23 seasons as a coach at his alma mater, including 17 as the head coach. He won 377 games and seven division championships with WC, from 1992 until he left for Gulfport at the end of the 2008-09 season.

Fuller also spent six seasons as a college assistant at Ole Miss. Before becoming WC’s head coach he worked for two of the all-time greats in women’s basketball, Van Chancellor and Lloyd Clark. Chancellor is a member of the Basketball Hall of Fame, and Clark won three Division II national championships at Delta State.
Fuller was inducted into the Mississippi Association of Coaches Hall of Fame in 2014.

“We greatly appreciate everything Coach Fuller has done for Lady Admirals Basketball during the past eight years,” Gulfport High School athletic director Bryan Caldwell said. “He leaves the program on solid ground and in a position to do great things. I look forward to him continuing as an important part of the Gulfport Athletic Department.”

The Gulfport girls basketball job is currently open. Caldwell said within hours of the job being posted he had already started to hear from multiple interested candidates.

JACKSON — Revenues at Mississippi’s casinos might have been down 10 percent in February compared to the same month in... read more