Lady Vikes beat Pearl for fourth win in a row 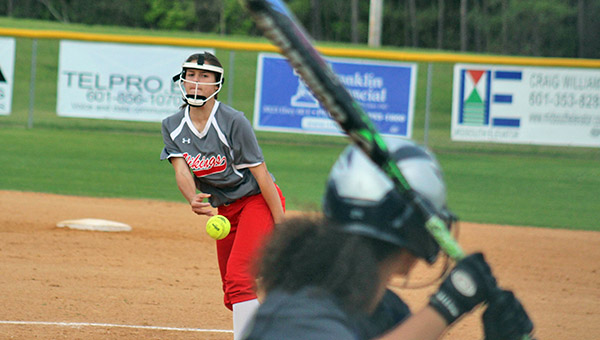 PEARL — Warren Central’s softball team finished off a great week in style. Now it’s time to get a win that really matters.

It was the fourth consecutive win overall for Warren Central (8-6) and its third in four days. It has outscored its opponents 65-12 in the last four games. Up next is division nemesis Clinton, which comes to Lucy Young Field Tuesday at 6:15 p.m.

WC and Clinton are tied for first place in Division 4-6A, but Warren Central has not beaten its longtime rival in their past 14 meetings since 2010.

“That’s always a positive. A couple of them that hadn’t been hitting hit the ball well tonight, so I think that helps us a little bit more. We’re definitely on a high going into Tuesday,” Warren Central coach Dana McGivney said.

Even if they don’t have momentum in their series with Clinton, the Lady Vikes have plenty of it heading into this year’s first head-to-head matchup.

They scored three runs in the top of the second inning Friday against Pearl and then kept the pressure up by scoring in the third, fifth, sixth and seventh innings. Stewart had a two-run double in the third-inning rally, and then an RBI double in the fifth.

Warren Central’s lead swelled to as much as 15-3 in the seventh inning after Stewart drove in two more runs with a single. Pearl scored five times in the bottom of the seventh, but never came close to truly getting back in the game.

Warren Central finished with 15 hits, which was a nice change of pace. In wins over Murrah and Greenville earlier this week its hitters had been forced to endure a seemingly endless string of walks that limited their opportunities to actually swing the bat.

WC drew 32 walks in its previous two games and seven on Friday.

“It was really great. I’ve been in a hitting slump, so it was nice to get out of it and hit the ball,” said Stewart, who was hitting just .143 (4-for-28) over her last 10 games. “I think we focused more on hitting the ball hard instead of just swinging at junk.”

WC pitcher Kaylee Hoeft started and allowed three runs on only one hit over the first five innings of the game. She was lifted for backup Madison Wade in the sixth, after the Lady Vikes had built an 11-3 lead, but returned with one out in the seventh to squelch Pearl’s rally.

Hoeft got a pop out and walked a batter in her second stint, and then the game ended when Lacey Knight was caught trying to steal third. Knight had reached base with a two-run double that cut it to 15-8.

“(Hoeft) did a great job. She hit her spots. She did what she needed to do,” McGivney said.