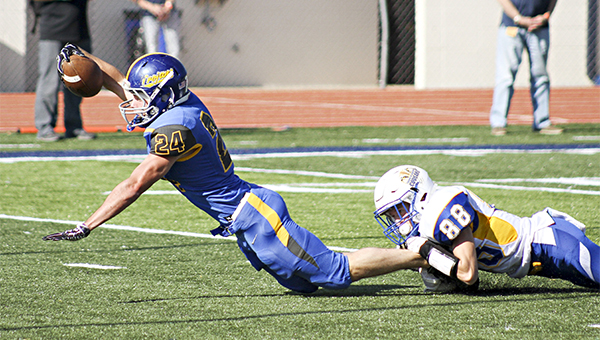 The contest, which was judged by newspaper staffers from other states, ranked stories and photos produced in 2016 editions of The Vicksburg Post.

Long-time sports reporter Ernest Bowker won a first place award for a breaking sports story, “Clinton knocks WC out of the playoffs in overtime win,” and a third place in the same category for “Vikings’ ride is over.”

Wells also earned two second-place awards, one for a multi-photo package on the Southern Heritage Air Foundation’s air show and another for a personality portrait on “Secret Santa.”

Vicksburg Post Publisher Tim Reeves praised the work of Bowker and Wells, and their contributions to the newspaper on a daily basis.

“Ernest has consistently produced great content for years and is respected among coaches and athletes here,” Reeves said. “And Courtland is fresh out of college and an up and coming talent. He’s added much to our newspaper, and we look forward to the photos he will shoot for us in the future.”

“We are proud on a daily basis of the work of our hard-working news staff, and happy our peers recognize the good works they produce, too,” Jan Griffey, Vicksburg Post editor, said.

Reeves earned a second place award in the headline writing category for his headline, “Crest easy.”