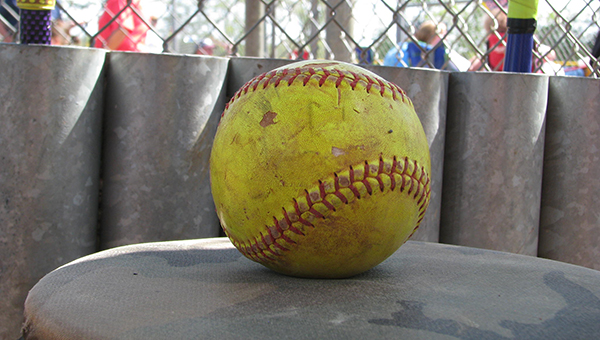 Warren Central softball coach Dana McGivney insists there’s no mental block with her team when Clinton pops up on the schedule. It’s hard to deny that the Lady Arrows have become quite a roadblock, however.

It’s the 15th consecutive time Clinton (8-7, 3-0 Division 4-6A) has won in the series, and gave it a commanding lead in the Division 4-6A championship race. To win the division title, Warren Central (8-7, 2-1) has to win by nine runs or more when the teams play again April 6 at Clinton.

The Lady Vikes have already won lopsided games against division opponents Greenville and Murrah and should clinch a playoff berth regardless of how the season series with Clinton shakes out.

“They are definitely not eight runs better than us,” McGivney said. “We just have to focus on playing with confidence and doing the little things right. Making the easy plays and scoring runs when we have runners on base. At practice we will go back to basics and work on fundamentals.”

Clinton had seven hits, but only Rachel Darnell had more than one. Darnell went 2-for-4 with two RBIs and two runs scored. She had RBI singles in both the fourth and fifth innings.

Darnell’s first RBI single brought in the first of five runs the Lady Arrows scored in the fourth inning. Two walks set the stage, and then Darnell, Katlyn Lott, Morgan Dubose and Kam Smith each had singles in a five-batter span to key the rally and give Clinton a 6-0 lead.

Errors led to unearned runs in the fifth and seventh innings that padded the lead.

Lott scored two runs in the game and Dubose drove in two. Katelyn Hayman scored three times.
Warren Central’s only run came in the bottom of the sixth inning. Cocoa Fultz led off with a double and scored on an error. The Lady Vikes only had four hits in the game, something McGivney said tied into their struggles on defense.

“We have been inconsistent all season defensively,” McGivney said, “and in order to beat good teams we have to stop shooting ourselves in the foot and step up and play solid defense. And when we play well defensively we tend to hit the ball better and score more runs.”