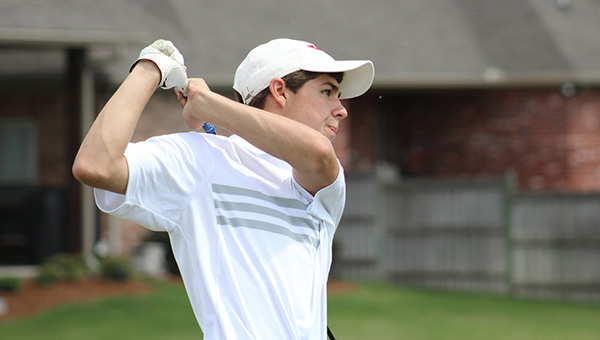 BRANDON — A day on the golf course is better than a day at school. Even if Warren Central’s boys golf team didn’t quite find what it was hoping for Wednesday, it had that going for it.

The Vikings finished fifth out of five teams at the Patrick Farms Invitational. They were 60 strokes behind team winner Oak Grove, and the only team without a golfer who shot 80 or lower.

The five golfers who hit the Patrick Farms course Wednesday represented about a third of the roster and mostly came from the younger end — a junior, two sophomores and two seventh-graders. Coach Matt Williams said it was an effort to find the right starting five capable of getting the team into the Class 6A state tournament.

“We have to shoot 365 to qualify, and we’re at 372. I’m trying to find the right combination of five players to get us there,” Williams said.

The low man for Warren Central was sophomore Taylor Lampkin. He shot an 89 that was highlighted by two chip-ins. The first was for par on the 14th hole, and the second was for a birdie on the 17th.

“It was in a sand bunker, too,” Lampkin said of his second chip-in. “It was from about 10 yards. I thought it was a bad shot. It hit the flag and went in.”

Oak Grove totaled 312 strokes as a team to win the team title and also had the medalist. Hunter Hammett shot a 1-under par 71 to beat Brandon’s Josh Conner by four strokes and his teammate Matthew Williams by five. Eight golfers shot 80 or lower.

The top four scores from each squad count toward the team score. Northwest Rankin was second with a total of 320 strokes, Brandon third with 324, Clinton fourth with 343, and Warren Central fifth with 372.
Weather permitting, Warren Central was scheduled to play again Thursday at Lake Caroline in Madison.