New ERDC director: This is my ‘dream job’: 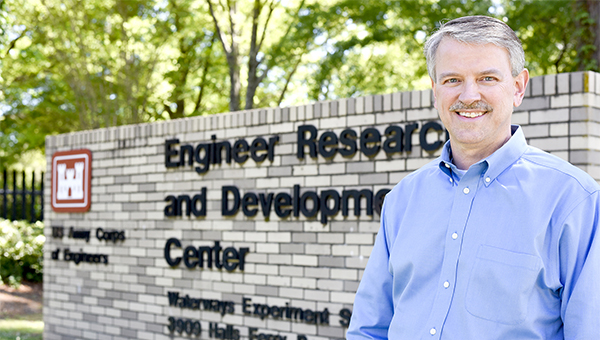 David Pittman is living his dream.

“Everyone has a dream job, and while I thought this dream would not be realized, it’s certainly a very blessed one,” the new director of the Army’s Engineer Research and Development Center said.

He takes over the leadership of one of the most diverse research organizations in the world, including seven laboratories located in four states, with more than 2,100 employees, $1.2 billion in facilities, and an annual program exceeding $1 billion.

He is a longtime employee at ERDC. A graduate of Mississippi State University, he came to Vicksburg in 1983 when the center was known as the Waterways Experiment Station.

“I’ve spent most of my career here,” he said. The Corps, he said, was the only job offer he received, “And God blessed me with that and I took it. After a few months of being on the job, I realized, ‘My goodness, what a wonderful place this is.’”

He said he has had the opportunity “to work with good people and travel across the U.S. and to other countries,” including six months in Afghanistan, where he served as director of the Joint Program Integration Office.

“I departed in July of 2012, and I stayed until January 2013,” he said. “It was an amazing experience. I worked with amazing soldiers and civilians over there doing the mission of the U.S. Forces of Afghanistan. I was in charge of five different programs. There were a lot of Corps of Engineer employees there and other civilians. All wearing uniforms.”

He said his experience in Afghanistan helped him as an administrator by seeing some of the results of ERDC’s research and development project in use.

“Anytime you have an experience like that, it opens your eyes,” Pittman said. “We had worked on technologies to help the warfighters in Iraq and Afghanistan, and we were developing technologies for force protection  — protecting our soldiers from mortars and rockets and other means of attack for years.

“All these technologies I knew we had done from a research and development standpoint, now I was over there and seeing them in place and working with the leaders who were having to make the decisions, and how technology can help them do what they do.”

Bringing that information and experience back from Afghanistan, he said, emphasized the importance of what the engineers and scientists at ERDC are doing to support the warfighters.

“From that perspective, it was tremendous, plus seeing what the United States was doing in Afghanistan with the civilians and the soldiers over there to accomplish this mission, was very inspiring and gave me an even greater appreciation for our soldiers and civilians and what they were doing worldwide.”

Presently, Pittman said he has no plans to make changes at ERDC.

“Dr. Holland put us in a good track going forward, and I worked very closely with him and with other senior leaders in ERDC, so we’re on a pretty good track right now. We haven’t had a lot of discussions about changes with the other senior leaders yet, since I’m fresh on the job, but we all know we’ve got some challenges coming up.”

That includes meeting the needs of the Department of Defense to provide national security, which is ERDC’s main mission, and helping maintain and rebuild the nation’s infrastructure.

“We feel like there’s going to be a lot of good value ERDC can provide to the nation going forward,” Pittman said.

Civil works — projects like roads and bridges — has always been a strength of ERDC, he said.

“We were sort of started for that reason back in the 1930s,” he said. “The Waterways Experiment Station was to help mitigate the risk of floods after the Great Flood of 1927. We’ve always had the civil works mission of helping our nation’s infrastructure, and that is still a significant part of our program.

“After World War II, we really got into the military research in a big way, and now it’s the largest part of what we do.”

ERDC’s military mission for national security and its civil works mission, Pittman said, compliment each other, because the capability it takes to do one can provide the capability to do the other.

“So we have people, but they’re not designated as civil people and military people. Their capability is the same person working on beaches and coastal and hydrologics-type work one day, might be working in a military problem the next day,” he said. “And that’s a strength of ERDC.”

Pittman sees ERDC’s future as continuing its military and national security mission, with a possible increased involvement in helping the nation’s infrastructure.

“That’s a presidential emphasis, and they’re looking at that now in the Congress; it’s something the Corps of Engineers will be helping out a lot.”

And as director, it will be his job to provide the leadership and vision of how ERDC provides support to military and civil works projects, “And what do we need to accomplish that mission.”

“The good news is we have a very magnificent team here that’s been doing that for a while, and we’re going to continue to do that because we know how to do that. That’s our strength; we’ll make sure our team is ready. We’re building our staff and training them to make sure they’re ready.”

Pittman will also be faced with managing the changes at ERDC, not only its priorities, but changes in its workforce as one generation leaves and another moves in to fill the void.

And there is the challenge of ensuring ERDC’s team of engineers, scientists, technicians and administrators are equipped to do their job as missions and priorities change.

“Those challenges aren’t new, but something there needs to be a major push as we go forward, and make sure we continue to add value to the nation in the areas we can add value, on the military and civil side.” 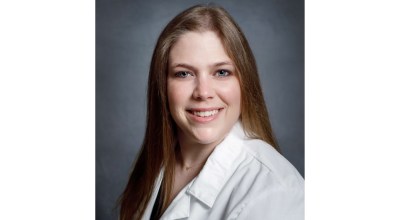