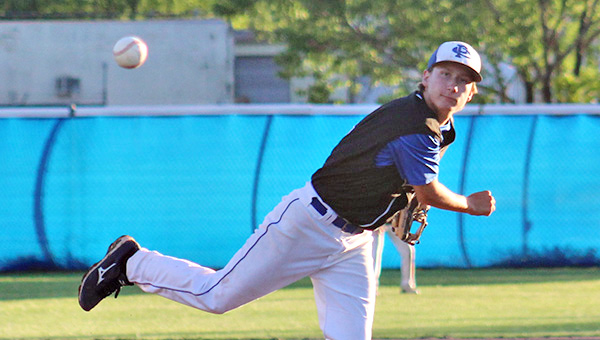 Porters Chapel Academy built a comfortable lead Monday against Hillcrest Christian, lost it, got it back, and then lost it again for good.

Hillcrest overcame an early four-run deficit and then scored two unearned runs in the bottom of the sixth inning to go ahead to stay as it beat the Eagles 6-5.

Tyler Estabrook went 2-for-3 with a double and two runs scored for Hillcrest, and Bradford Patton was 2-for-3 with an RBI and a run scored. Only two of the Cougars’ six runs were earned as PCA committed three errors.

Porters Chapel (9-12) has lost six of its last nine games heading into a pair of must-win district games Tuesday and Friday against Wilkinson County Christian Academy. Tuesday’s game is at PCA, and Friday’s is in Woodville.

“It’s a mentality that you have to have that says, ‘I refuse to lose. No matter what, I’m going to do everything to win. If it takes me going 0-for-4 but getting two runners into scoring position, then that’s a good thing,’” Patrick said. “All you can do is keep preaching it and practicing it.”

Garrett Hutchins had two hits, including a double, walked and scored two runs for PCA against Hillcrest. Glenn Alan Kittrell and Brandon Thompson also had RBI singles as the Eagles built a 4-0 lead after 2 ½ innings.

In the bottom of the third, however, Hillcrest scored two runs on an error and another on an RBI double by Harper Bell to erase most of that deficit. Another RBI double by Brandon Howard tied it at 4-all in the fifth inning.

Thompson’s RBI single in the sixth put PCA back in front, but the lead was short-lived.

Estabrook led off the bottom of the sixth with a single, stole second base, went to third on a groundout, and scored on a squeeze bunt by Colton Mayfield to tie the game at 5.

Jake Lape followed with a swinging bunt that resulted in a throwing error. He then stole second and scored the go-ahead run on a base hit by Bradford Patton to put Hillcrest ahead 6-5.

Ryan Collins hit a two-out single for PCA in the seventh to put the tying run on base, but he was stranded at first when Brayden Ray popped out to the catcher to end the game.