Solid effort not enough for Gators 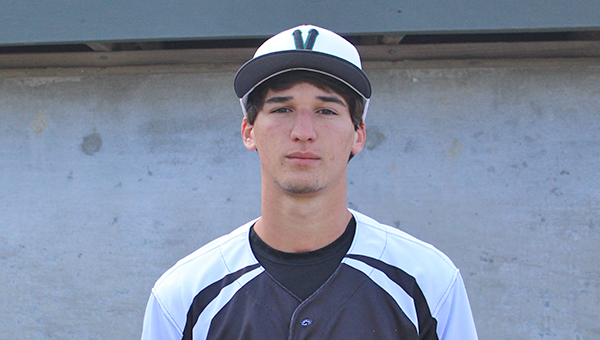 The Vicksburg Gators haven’t been able to climb the ladder in Division 4-5A, but they are starting to gain some confidence and respectability.

Gage Ederington and Chandler Luke held Neshoba Central to five hits, but the Rockets turned two of them into three runs and that was enough to beat the Gators 3-0 Tuesday at Bazinsky Field.

Cody Singleton had an RBI single in the third inning, and Beck Williams drove in two more with another single in the fourth for Neshoba Central (11-6, 5-1 Division 4-5A).

Vicksburg (5-12, 2-4) only had one hit, a leadoff single by Haden Luke in the third inning. Neshoba pitchers Colby Ellingburg and Singleton combined to walk three batters and struck out nine in seven innings.

Despite the loss, the tight game showed a marked improvement for the Gators over their first meeting with Neshoba. On March 9, the Rockets pummeled the Gators 13-2. They’ll play once more, at Neshoba, on a date yet to be determined. The third game in the season series is a makeup game of an earlier rainout.

Vicksburg has also clinched a playoff berth by virtue of its two wins last week over Lanier. The Gators now are trying to move out of third place and into second, but will have to win both their third game against Neshoba Central and their last one against Ridgeland to have a chance.

Vicksburg and Ridgeland play at Ridgeland Friday at 7 p.m.

Porters Chapel Academy erupted for seven runs in the fourth inning and three more in the fifth to score a run-rule victory over Wilkinson County Christian Academy.

Bradley McCullough had two hits, including a double, and Wade Dickard singled twice for PCA. Glenn Alan Kittrell tripled for the Eagles, who had 10 different players score a run.

Kyle Guider pitched an abbreviated complete game. He allowed two hits and had six strikeouts in five innings.
PCA (10-12, 2-3 District 5-AA) won its second consecutive district game to keep its playoff hopes alive. It will play at WCCA Friday at 6 p.m., and will likely need to win its last five district games to reach the postseason. Tuesday’s win was just the fourth in the last 10 games for PCA.

“I didn’t care what the score was. I just wanted a win,” PCA coach Wade Patrick said. “We started slow for whatever reason, and made a couple of baserunning mistakes. But we played error-free and Kyle threw a great game. When we play good D and pitch well at the same time, we give ourselves a chance to win some games.”

Oakes, normally a reliever, scattered five hits and one walk while striking out eight. He has not allowed an earned run in 17 2/3 innings this year.

Collin Standish took over in the sixth and threw one inning before the Vikings closed out the game via the mercy rule.

Joshua Collins went 2-for-4 with four RBIs, Ethan Beene was 3-for-4 with two RBIs, and Tallulah Academy (6-12) run-ruled Union Christian.

Eight of Tallulah’s nine starters reached base at least once, and seven of the nine had at least one hit.