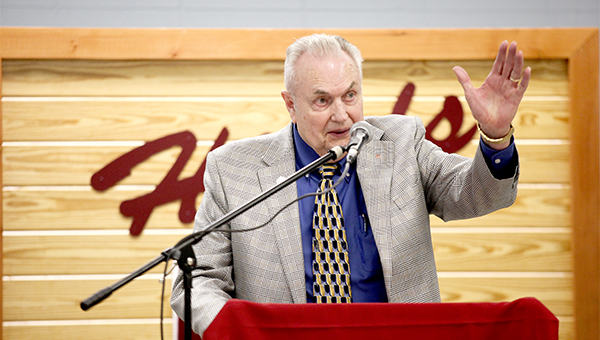 As part of the centennial celebration, Hinds is honoring 100 individuals who are passionate about the impact that Hinds had in their life or the lives of others.

Six individuals with ties to the Vicksburg campus will be honored as part of the 100, which will be fully announced in August.

Anderson worked as a nursing instructor at Hinds starting in 1969 and received the prestigious 3E award during her tenure.

Flowers graduated from Hinds in 1973 and worked for the school from 1975 until her retirement in 2014. She received the 3E award and was also named a HEADWAE instructor.

Banks served as the superintendent of the Vicksburg Warren School District for 38 years and served on the Board of Trustees at Hinds from 1962 to 1987.

Gage has helped donate more than $2 million in nursing scholarships through the Vicksburg Medical Foundation.  He is also the current president of the Foundation Board of Directors.

Loviza graduated from Hinds and was the first employee of the Vicksburg campus. He retired in 1993 as the campus’ Dean.

Oakes graduated from Hinds and is a member of the college’s Board of Trustees. In 1999, he was named the college’s Alumnus of the Year.

During the ceremony, Mayor George Flaggs and Board of Supervisors president Richard George read proclamations honoring the school for its 42 years of service to the Vicksburg and Warren County communities.

“I don’t know of any other institution that has made as much impact on my life as Hinds Community Junior College,” Flaggs, who is an alumnus of the school, said. “I truly want to thank Hinds Community College, because the time I had to come to this college couldn’t have come at a better time in my life.”

While much of the ceremony was about honoring the past of the school, time was also spent looking to the future and the school’s continued impact on the community.  Plans for the school’s new building were displayed and campus tours were offered through the colleges many programs.

The Vicksburg campus is also continuing to work with the VWSD to provide career technical classes to high school students and a portion of the new building will house the River City Early College program.

Bluz Cruz to cast off

Barge and other commercial traffic will be temporarily shut down on the Mississippi River from Tallulah to Vicksburg Saturday morning.... read more