Mental mistakes costly for Vikings in loss to Madison Central 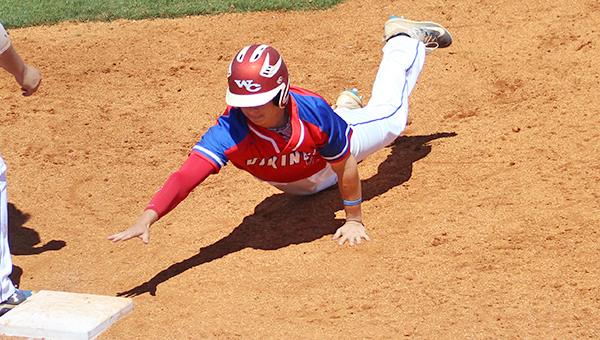 MADISON — Three batters into Saturday’s game against Madison Central, Warren Central’s Vantrel Reed roped a line drive deep down the left field line. As it landed just inside fair territory, about 20 feet in front of the wall, Reed stood at home plate watching it.

Jarred from his momentary lapse, he sprinted to first base but had to settle for a single on what should have been an easy double and inadvertently started a theme for the day.

The Vikings brain cramped their way out of scoring opportunities and erred their way into giving Madison Central a few extra runs. When the dust settled, it was on a disappointing 5-3 loss to the defending Class 6A champions that snapped a five-game winning streak and brought a sour end to an otherwise great week of baseball.

“We just weren’t there mentally. I guess you could say it was prom night, too, and a lot of people are ready for tonight, but that doesn’t mean anything. You just have to come out and play the game first. We still have a lot of time before we go to prom,” Warren Central catcher Tyler McRight said. “That’s one of the reasons. And then there’s a lot of selfishness going on on this team right now, too. Until we come together and play as a team, it’s not going to be good for us. There’s going to be a lot of games like this.”

Warren Central (14-10) did enough at the plate to win. It finished with 11 hits and had runners on in all but one inning. It committed four errors, however, that led to three unearned runs and had a potentially big inning short-circuited when Landon Stewart was thrown out trying to go for second base on a single in the third inning.

Stewart’s hit to right field would have put runners at first and third with one out. Instead, he was easily cut down and then the next batter Reed struck out to end the inning.
Madison Central pitcher Logan Savell struck out nine batters in six innings to overcome allowing nine hits.

“I’m disappointed that we came out defensively like that. I was very happy with the way we hit,” Warren Central coach Conner Douglas said. “As bad as we played defensively, we gave ourselves a chance. We outhit them and got 11 hits on one of the better arms we’ll see all year. It’s just very frustrating with the way we played defensively. We weren’t focused. It’s like we were focused offensively, but not on the defensive side. It’s very frustrating, because against a good ballclub we should have showed up with a lot more energy than we did on that side of things.”

Madison Central scored its first two runs without getting a hit. Two walks and a double steal put runners at second and third with two outs in the first inning. On the double steal, the second baseman Reed dropped the throw at the bag and Woody alertly sprinted home with the game’s first run.

Two more walks and an error led to another run in the second inning. The Jaguars (16-4) finally strung together three hits — mixed in with a bobbled ball in the outfield — to score twice in the third and stretch the lead to 4-0.

A dropped fly ball and an RBI single by Matt Crowder in the fifth accounted for Madison Central’s last run.
Despite all of their missteps, the Vikings still had a chance to steal a win at the end.

Stewart atoned for his baserunning mistake with an RBI single in the fifth inning, and WC loaded the bases with one out in the top of the seventh.

A sacrifice fly by Sean Daily and an RBI single by Caleb Sterling cut the margin to 5-3 with runners still at first and third. Matthew Newcomb then hit a hard grounder that Woody fielded at shortstop and flipped to second baseman Tucker Richmond for an easy game-ending fielder’s choice.

“I’m not mad about the way we were offensively today,” Douglas said. “We swung it great. We swing it like that and we’re going to make a great run. But we’ve got to make plays defensively. We gave them four of their five runs.”

Pirates bring Gators back down to earth