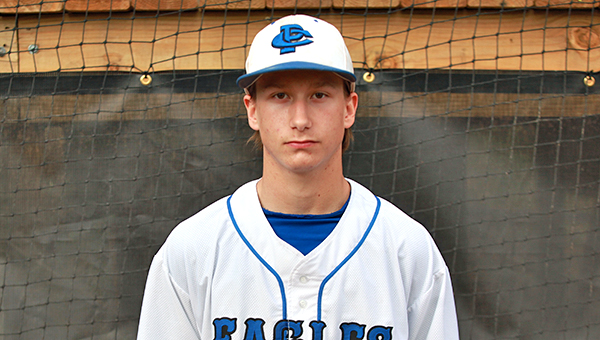 Porters Chapel Academy took a break from its district schedule Monday, but not its winning streak.

The Eagles jumped on Park Place Christian early, and then held on as the Crusaders mounted a late rally and won 7-6 for their fourth consecutive victory. The winning streak has kept their playoff hopes afloat after an uneven stretch put them in must-win mode.

“I feel like we are starting to play all three phases better,” PCA coach Wade Patrick said. “We are limiting our mistakes defensively and getting enough offense to keep ourselves in games. It’s really been on the defensive side where we have done better recently, but we can’t let down now.”

Park Place nearly pulled out a big win of its own Monday night. After trailing 7-2 through five innings, the Crusaders scored twice in the sixth inning and twice more in the seventh to pull within a run, and had runners at first and third with one out.

PCA pitcher Bailey McMillian faked a pickoff throw to third and caught the other runner trying to steal second for out No. 2. He then finished the game with a strikeout.

James Trichell had two hits and Tyler Breithaupt doubled for St. Aloysius, but the Flashes (15-5, 5-5 District 3-AAA) were shut out by district leader Central Hinds (21-4, 7-0) at Bazinsky Field.

Despite the loss, the Flashes remain in contention for the second playoff berth from District 3-AAA. They’ll head to Raymond for a doubleheader with Central Hinds Tuesday at 4 p.m. and finish the regular season with three games against Park Place next week.

“We still have a shot to get in. Just need to win,” St. Al coach Sid Naron said. “There’s still room for error, but win out and for sure we’re in. Any less than that and we will need help.”

Report: Police have been fair in ticketing