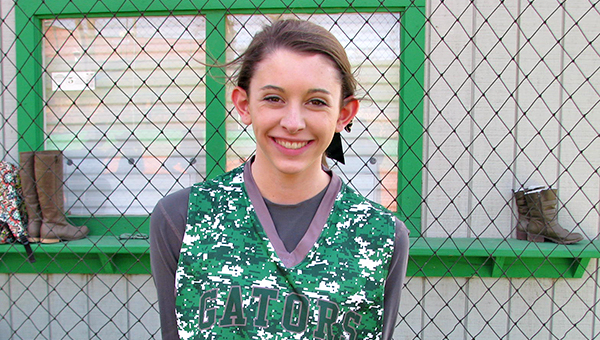 The Vicksburg Missy Gators walked right past Greenville on Tuesday.

The Missy Gators only had four hits, all singles, but used 13 walks to cruise to a 17-1 victory in only three innings.

Sara Daniels walked three times, had two RBIs and scored two runs for the Missy Gators (5-9-1). She also had one of the team’s hits.

Ten different players scored a run for Vicksburg, and six of those scored more than once.
Foster pitched a complete game in the run-rule shortened affair. She allowed two hits and three walks, and struck out one.