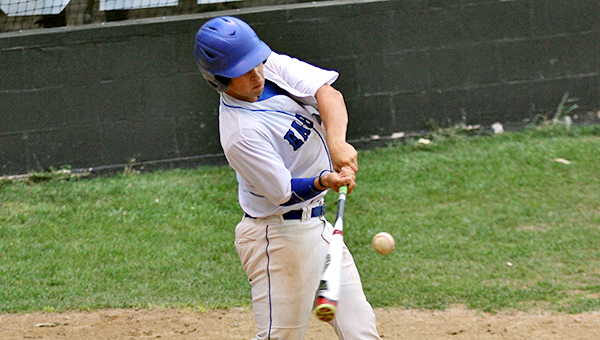 Three weeks ago, mired in a slump and seemingly spinning their wheels at every turn, the Porters Chapel Academy Eagles were in danger of missing the playoffs before the season even got going.

Since then, they’ve cleaned up nicely.

The Eagles crushed Trinity Episcopal 15-0 and 23-2 in a doubleheader Tuesday to run their winning streak in District 5-AA to five games. They’ll head into the final week of the season with a chance to make the playoffs, even if they have to go through first-place Amite School to do it.

PCA will host Amite next Tuesday at 6 p.m., and then plays at Amite in the regular-season finale April 21 at 6:30 p.m.

“There’s still a chance. We’ll know more about what’s in front of us Thursday. The main thing is to win out. We still may need help, but can’t afford to drop any more,” PCA coach Wade Patrick said. “It would have been easy to fold our tents after losing three straight, but we have continued to fight and play well enough to win some games.”

The Eagles (13-12, 5-3 District 5-AA) did more than enough in Tuesday’s home doubleheader against Trinity.
Glenn Alan Kittrell and Brayden Ray each doubled and scored two runs, while Cole Pittman and Josh Hunt scored three times apiece to lead PCA to a 15-0 victory.

Kyle Guider allowed one hit and struck out seven in the three-inning, run-rule shortened game.
Game two was more of the same. The Eagles walked more than they hit, but won 23-2 to finish the sweep.

Kittrell doubled twice and scored twice, Pittman had a double and a triple, and Wade Dickard doubled and scored two runs.

On the mound, Bailey McMillian allowed three hits and struck out five in three innings.

St. Aloysius was swept in a District 3-AAA doubleheader at Central Hinds on Tuesday, 10-0 and 11-2, but will still head into the final week of the regular season with an opportunity to make the MAIS Class AAA playoffs.

St. Al (15-7, 5-7 District 3-AAA) will play hapless Park Place Christian three times next week and needs to win all three. It must also have Riverfield, Hartfield and Manchester all lose at least one or two games each.
Central Hinds (23-4, 12-0) has clinched the District 3-AAA championship.

“We can only control what we do, but I feel our guys will finish strong next week and what happens, happens,” St. Al coach Sid Naron said.

Jake Pierce hit a two-run home run for St. Al in game two of Tuesday’s doubleheader. It was his second home run of the season.