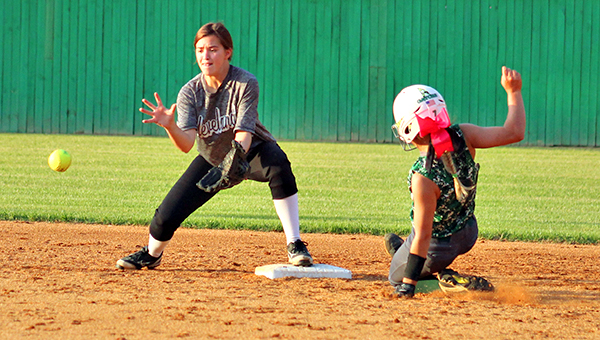 The Vicksburg Missy Gators had a rough start and a rough finish Thursday, and everything in between didn’t go so well either.

Morgan Morrison had two hits and two RBIs, including an RBI single during a four-run second inning, and Cleveland routed Vicksburg 13-1 at The Softball Swamp.

Cleveland used its big second inning to jump out in front, and put the game away by scoring four runs in the sixth inning and three more in the seventh.

The only run for Vicksburg (6-10) came in the sixth inning, when Bethany Martin reached on an error and eventually scored on a single by Abby Hasty.

The Missy Gators only had four hits in the game, all singles. Hasty had two of them and finished 2-for-3 with an RBI.

Erin Henderson scored three runs for Cleveland, and Ashanti Stephens was 2-for-3 with a pair of singles and two runs scored. A.P. Hackney drove in two runs.

Vicksburg will finish the regular season with two road games, Monday at McComb and Tuesday at Greenville.
The Missy Gators will open the Class 5A playoffs next Friday against the third-place team from Division 1-5A. Game 1 of the best-of-three series will be on the road, and the other two will be April 22 in Vicksburg.

Warren Central’s softball team has been giving up runs in bunches lately, and this time it couldn’t keep up.
Laura Peyton Trammell hit a three-run home run, Kenzie Nichols went 2-for-2 with a double and three RBIs, and Germantown hammered the Lady Vikes 13-1 Thursday night.

Warren Central (10-10) has allowed 41 runs in its last three games and lost two of them. It wil play at Brandon on Friday afternoon.

Germantown scored three runs in the bottom of the first inning, three more in the second on Trammell’s homer, and seven in the third. Warren Central got on the board with a run in the top of the fourth inning, but it wasn’t enough to stave off the 12-run mercy rule.

Germantown (14-7) outhit Warren Central 10-2 in the game. Cocoa Fultz singled and scored a run, and April Lynn also had a single. Fultz scored on a groundout by Kelsey Lockridge.