Vikings seek consistency in first round 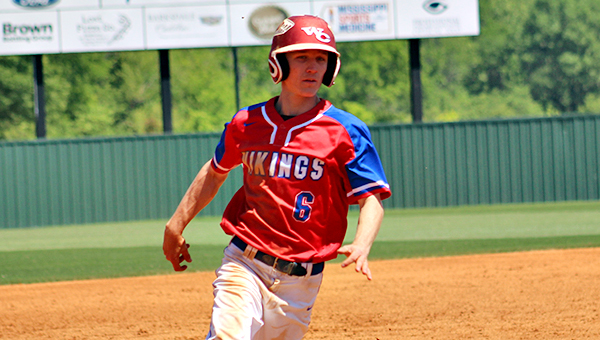 Warren Central’s biggest challenge in the first round of the Class 6A baseball playoffs probably isn’t its opponent Callaway.

The Chargers have only won twice this season, went winless in division play, and backed into the playoffs thanks to the Mississippi High School Activities Association upholding an earlier ruling that banned Northwest Rankin from the postseason.

The Chargers (2-12) figure to be little more than a speed bump for a solid Warren Central team that harbors state championship aspirations.

That makes the biggest challenge for the Vikings getting out of their own way.

Warren Central (15-13) is coming into the playoffs having lost four of its last five to cap a bumpy regular season in which it has often seemed on the cusp of becoming a championship contender only the backslide a couple of days later. Achieving consistency, WC coach Conner Douglas said, is the key to achieving greatness.

“I think it’s a little bit lack of focus. Our last seven or eight games, just looking at them, every game except one or two we’ve had two of the three phases and done really well with them but all three haven’t showed up at one time,” Douglas said. “We’re hoping with the playoffs, with having that little extra mojo going, a little more adrenaline, that all three phases show up at one time.”

Despite its near-.500 record, Warren Central has held its own against some of the state’s top teams. Seven of its 13 losses have been by either one or two runs against teams with 18 wins or more. That includes two of the four losses in their recent slide.

That’s enough to build confidence, Douglas said, but from here on out the Vikings need to start winning those games or else it’ll be a short stay in the bracket.

Callaway might be an ideal opponent to rebuild whatever confidence has been lost with the recent slump. The Chargers have lost eight consecutive games since sweeping a doubleheader from Provine on March 4.

Callaway is making its sixth playoff appearance in seven seasons, but has lost eight consecutive postseason games. Its last victory was in Game 1 of a first-round series against Lake Cormorant in 2012, and it wound up losing that series.

“That’s who we drew, and we’re going to go at it like they’re a good baseball club,” Douglas said. “I don’t know anything about them, but we’re just going to play the game and do the little things. Like we talked about all year, just get better with each game and approach it like it’s do-or-die, because it is.”

One big advantage for the Vikings is their pitching staff. Six players have thrown 20 innings or more — a number that doesn’t include one of the aces of the staff, sophomore Farmer Abendroth. Abendroth got a late start after coming over from the basketball team and has only thrown 13 innings.

A key to the staff is the bullpen. Relievers Christian Oakes and Morgan Jarabica have combined to throw 46 1/3 innings this season and been key stoppers.

Oakes has allowed one earned run and only five walks in 25 1/3 innings. Jarabica has a 3.39 ERA in a team-high 14 appearances.

Douglas said he expects both players to play a key role in the Vikings’ postseason success.

“Our biggest thing right now, and we’ve proved it over the years, is to throw strikes. Guys like Christian Oakes and Jarabica, that don’t throw 90, they go out there and compete. And when you compete and throw strikes, good things happen,” Douglas said.

“They’re the guys we’re going to rely on in the playoffs,” Douglas added. “They’ve kept us in ballgames late. You always want the guy in there late that’s going to throw strikes and give you a chance to win if you’re down or hold the game where it is. Those are two guys we can rely on. They’ve proven we can rely on them, and we’re going to keep relying on them.”