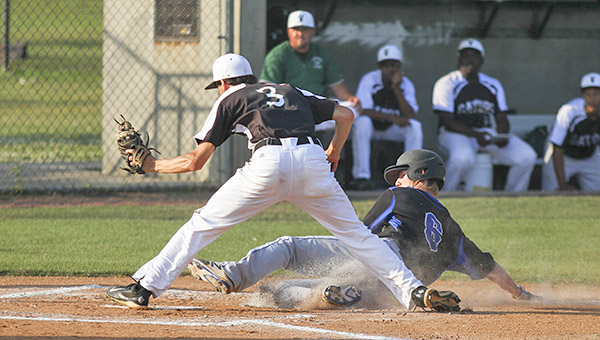 Way back in 2008, the Vicksburg Gators reached the Class 4A baseball championship series at Trustmark Park. In the decade since, they haven’t been able to take even the first step toward there.

Dane Bevell racked up eight strikeouts in a one-hit shutout Friday as Grenada beat the Gators 9-0 at Bazinsky Field to complete a two-game sweep in the first round of the Class 5A playoffs.

Grenada (14-6) advanced to face Division 1-5A champion Lewisburg in the second round.

It’s the eighth first-round exit for Vicksburg (7-18) in nine seasons since that 2008 run, and the seventh year in a row. Vicksburg did not make the playoffs in 2010. The Gators are 3-16 in the postseason overall in the past nine years.

The latest first-round loss wasn’t an upset. The Gators finished the season on a five-game losing streak in which they scored a total of four runs, while Grenada is trying to make its second consecutive run to the Class 5A semifinals.

Even so, the series didn’t go well for the Gators. After mustering two hits in a 10-0 loss in Game 1, they got just a fifth-inning single by Gage Ederington in Game 2. Bevell didn’t walk a batter, and one VHS hitter reached on an error.

Bevell also helped his own cause by going 2-for-4 at the plate and driving in three runs. The Chargers hit four triples, two of them by Cade Morgan, and Chase Logan belted a two-run home run in the sixth inning.

Logan’s home run was part of a three-run rally that made it 8-0 and finally put the Gators away.
Morgan was 2-for-3 with two runs scored.