Democratic nominations in mayor, North Ward alderman up for grabs 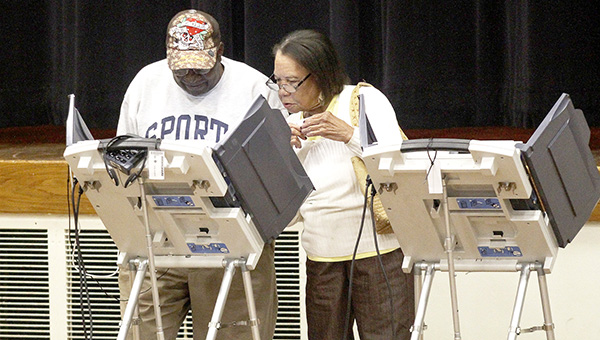 Vicksburg Election Commission chairman Clyde Redmon said the polls are open until 7 p.m., “And any voter in line by 7 p.m. will be allowed to vote; we’re going to have some good weather for an election.”

He said power has been restored to the Kings Community Center precinct. The center was one of the buildings left without power when a storm front passed through the area Sunday knocking out power to the Kings community and other areas on North Washington Street.

Redmon said voters going to the polls will have to provide an acceptable ID when they register to vote.

According to the Mississippi Secretary of State’s website, an acceptable ID is a photo ID such as a driver’s license, photo ID card issued by a branch, department, or division of the State of Mississippi, United States passport, a government employee ID card, firearms license or a student photo ID issued by an accredited Mississippi university, college, or community/junior college.

Besides the municipal primary, voters are also asked to vote for three members to the county Democratic Party Executive Committee. There are three candidates on the ballot: Mary Ruth Galtney, Audrey Jones-Jackson and Linda M. Stevens.

Depending on where they live, voters will cast their ballots at one of the city’s 11 precincts — six in the North Ward and five in the South: