High winds cause outages, block I-20 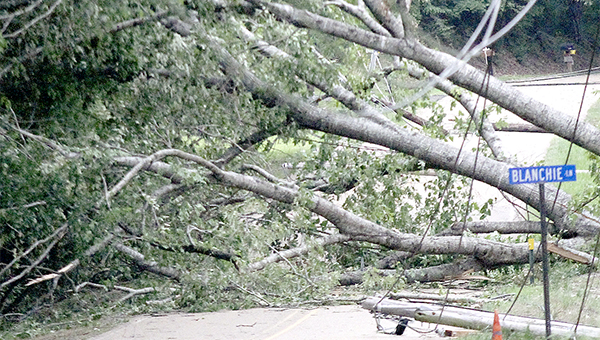 According to Entergy’s power outage website, outages were also reported in several areas of Vicksburg.

High winds hitting the area about 1:30 p.m. were responsible for toppling a tree on Interstate 20, blocking both westbound lanes of the highway between Vicksburg and Bovina, and backing up traffic past Bovina.

While motorists were waiting for the Interstate to be cleared, another tree fell on an SUV and an 18-wheeler, according information from Mississippi Highway Patrol.

No injuries were reported.