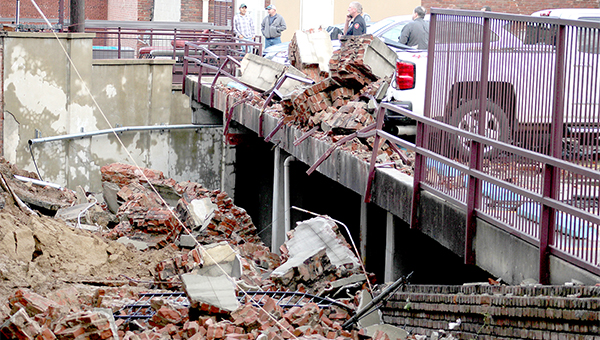 Trustmark Bank will reopen the drive-thru service at its main branch on Washington Street Monday, according to information from the bank.

Bank officials closed the service in April after a retaining wall between St. Paul Catholic Church and the First National Bank Building, where the bank is located, collapsed, closing off the exit for drive-thru customers.

Trustmark Vicksburg Community Bank President Tom Kendall said a temporary access route has been developed under the building’s covered parking area with the help of officials with First National of Vicksburg LLC, which owns the building and the Lofts apartments in the building.

“They’ve been very accommodating to help us get something going,” he said.

The retaining wall collapsed April 4 after the Vicksburg area was inundated with 10 inches of rain during that weekend. The exact cause of the collapse was undetermined.

When the wall fell debris blocked the drive-thru exit, which opened onto Walnut Street, and also damaged several vehicles on the upper parking deck.