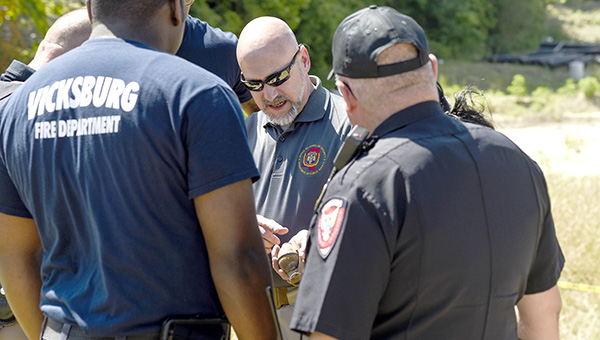 Work at the construction site for Cannon Toyota on North Frontage Road was halted Thursday about 1:50 p.m. when an employee for contractor Hoyt Hayes digging a hole with a backhoe saw a hand grenade on the ground near him.

Vicksburg Deputy police chief Bobby Stewart said police “are treating it as if it were live.”

He said Clinton police were contacted and two members of that department’s bomb squad came to pick it up. It was determined the grenade was not a threat.