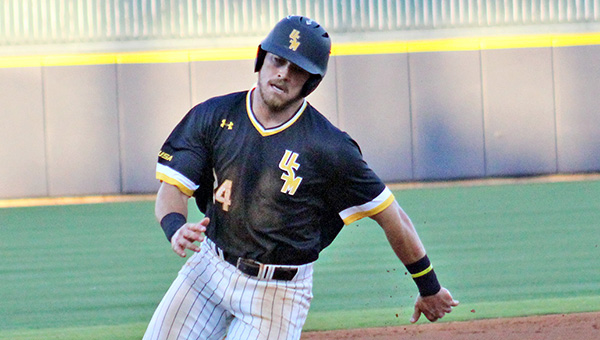 USM trying to bolster its case for a regional

JACKSON — When his team was left out of the NCAA Tournament entirely in 2015, despite an impressive resumé, Southern Miss coach Scott Berry says he stopped obsessing over the minutiae of the selection process.

Since then, he and the Golden Eagles have done their best to leave no doubt they belong.

Southern Miss earned an automatic bid in 2016 by winning the Conference USA Tournament. It’ll try to repeat as champion this week — the tournament began Wednesday morning in Biloxi, and the top-seeded Golden Eagles will play Texas-San Antonio at 4 p.m. — but even if it doesn’t there seems little doubt that USM will be back in the big dance.

Southern Miss is 10th in the latest RPI rankings that are used to determine the eight national seeds and 16 regional hosts. A tournament title certainly won’t hurt that, but it’s close enough to the cutoff that a bad run could be costly.

“I don’t know. I try not to get caught up in that. I try not to let our team get caught up in it,” Berry said. “I don’t know what’s inside that room, what they discuss. All I know is, if we continue to win then we really give them no reason not to. That’s what we need to control. I would think that we’re in good shape. I would think that we’ve certainly built a very, very strong resumé for ourselves. But at the end of the day, we’re going to continue to try to control what we’re able to control and that’s to win the next baseball game we play.”

The “one game at a time” mindset is one coaches preach to the point of it being a cliché, but it is one the Golden Eagles seem to have genuinely taken to heart. Throughout their great regular season and the 14-game winning streak they’re bringing to Biloxi, players have insisted they’re focused solely on the next game.

Senior first baseman Dylan Burdeaux continued the theme at Monday’s Ferriss Trophy ceremony in Jackson. Burdeaux, who was one of three USM players named as a finalist for the award, said the Golden Eagles appreciate what they’ve accomplished so far but know there’s still so much work left to do that it’s not time to rest yet.

“We just play it game by game,” said Burdeaux, who on Tuesday was named the Conference USA Player of the Year. “But I think we’ve put together a good body of work, so whatever happens this weekend I think we have a good shot of getting that host site. We’re still working toward something, and that’s another conference tournament title and maybe sneak into that national seed talk. You never know. Going down to Biloxi, our plan is to win the tournament.”

The first hurdle to clear is UTSA (28-26), which the Golden Eagles swept in a three-game series last weekend in San Antonio.

Southern Miss scored 39 runs in the series — it ranks second nationally in runs scored this season, with 487 — but all three games were closer than that might indicate.

In the series opener, USM scored eight runs in the last two innings and won 9-3. They scored 10 runs in the eighth and ninth innings of a 15-1 victory in game two, and nine in the seventh inning of game three to win 15-9.

“They’re a good team. I know we scored a lot of runs, but they really could’ve went either way earlier in the game,” USM third baseman and pitcher Taylor Braley said. “It’s not like we’re going to just go out there and play lackadaisical and have a chance of winning. It’s going to be a tough team to beat. We’re just going to have to go out there and keep playing like we’ve been playing.”

Burdeaux, similarly, was not taking UTSA lightly if for no other reason than the randomness of baseball makes it unwise to do so.

“They always say it’s hard to beat somebody three times in a row. It’s definitely hard to beat them four times in a row,” Burdeaux said. “We’ve seen all their arms, pretty much, but they’ve seen ours, too. It should be a good game. We took three from them there, but baseball is a game you can win or lose at any point, to anybody.”

On the bright side, the Golden Eagles should have a decided home field advantage for the tournament. As the de facto host, playing about two hours from campus while the next-closest team in the tournament is traveling three times as far, they should have a number of fans in the stands.

Southern Miss has also played — and won — twice this season at MGM Park. It beat Nicholls State 16-8 on April 18, and Southeastern Louisiana 11-3 on May 16.

“It’s obviously not The Pete, but it’s closer than most of the teams so we’re going to have a lot of people there,” Braley said. “It’ll be similar to a home crowd, so it’s going to be fun.”