Apenyo was only girl in Warren County to win individual gold

When she came out of the final turn in the MAIS Class AAA girls’ 400 meter dash final, Dede Apenyo could feel her latest chance at a gold medal slipping away.

The St. Aloysius junior had a fistful of silver medals already. She’d made it a goal to get at least one gold. Then and there, she made up her mind to run after it.

“We got on the straightaway and I said, ‘I’m a sprinter. I can do this,’” Apenyo said with a laugh.

Apenyo dug down and found another gear. She caught the leader, Bayou Academy’s Sydney Davis, and leaned forward at the finish line to beat her by seven hundredths of a second — the difference between Apenyo leaning her head forward and Davis stretching out her arm.

It was a microscopic sliver of time, but enough to give Apenyo both the gold medal she craved and the Vicksburg Post’s girls track Athlete of the Year award.

Apenyo was the only female track athlete from Warren County to win a state championship in an individual event this season. She also picked up silver medals as the runner-up in the 100 and 200 meters to help St. Al finish third in the team standings at the MAIS Class AAA state meet.

“I was a little shocked,” Apenyo said of her reaction upon learning of her selection. “I felt like other girls would have gotten it. They’re all 6A schools and we’re a little school.”

Apenyo finished second in both the 100 and 200 meters at the 2016 Class AAA meet, which inspired her to strive for bigger things this season. When St. Al’s boys’ team started its offseason workouts in November, she came out to join them.

Track is the only sport Apenyo participates in, and she said she gets a thrill from running.

“It’s a competitive sport. Its competitiveness drives me to be better,” she said. “Running against somebody gives me adrenaline and makes me want to push through.”

At the state meet at Jackson Prep on May 6, that someone was Davis.

Davis had beaten Apenyo by a whopping two seconds — an eternity in a sprint event — in the 400 meters at the North State meet a week earlier. Through 300 meters at the state meet, it seemed like things were heading in the same direction. Davis had a slight lead and Apenyo was fading.

“I stayed with her the whole time. On the curve, I felt like I was slowing down,” Apenyo said.

That’s when the adrenaline kicked in. Apenyo outran Davis over the last 100 meters to literally pull neck and neck. At the finish line, Davis stretched out her arm while Apenyo leaned her head and body forward.

The body beat the arm in the time it takes to blink an eye.

“I didn’t know if I won or who won. Everybody on the fence was saying, ‘You got it,’” Apenyo said. “I felt like I was in heaven. I didn’t even know I was running the 400 this year. (St. Al coach Michael Fields) just put me in it.”

Now, finally, she has a gold medal to go with all of those silvers. She also has a year left to add to the total, even if she isn’t quite ready to claim the 400 meters as her own personal kingdom.

“I would like to think it is. But there is always somebody faster in it,” she said. “I feel like even if I get bad starts I usually do well in the finishes.” 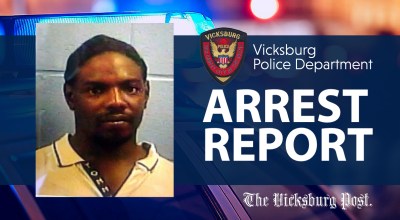